Hit enter to search or ESC to close
ArticlesFeaturesGender & SexualitySubmissions 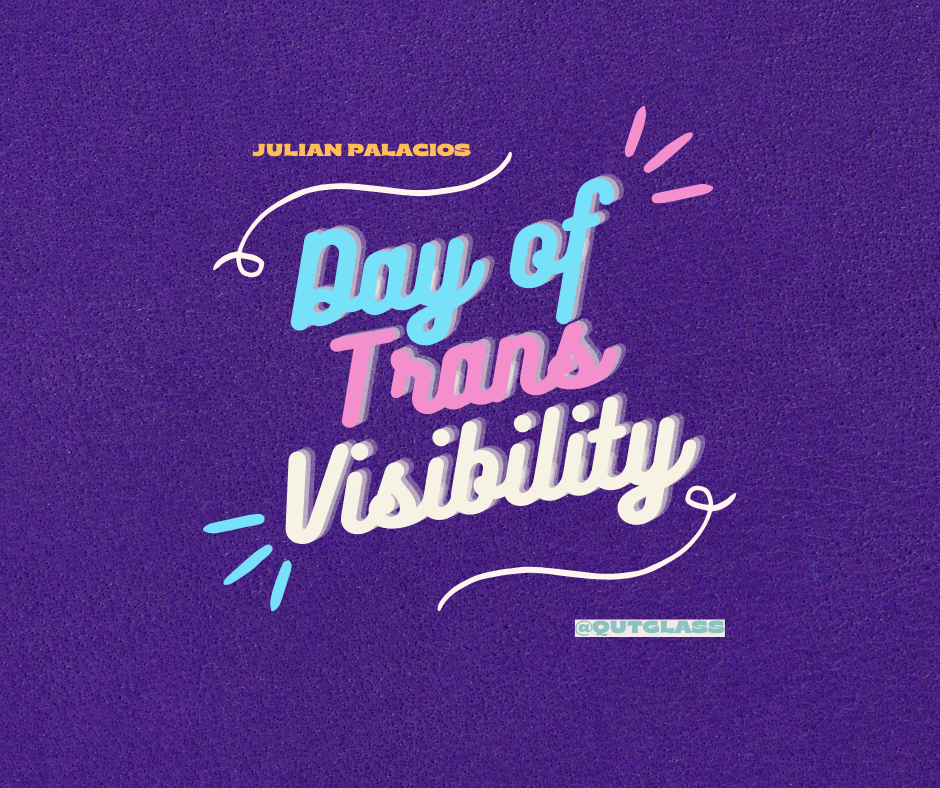 I realised I was trans because of a dream I had about Robert Downey Jr. Of course, “realising you’re trans” is a complicated, lifelong process which I would argue has no end. My favourite response to the question ‘have you finished your transition?’ will always be along the lines of ‘well, aren’t we all in a constant state of transition from the person we were yesterday to the person we will be tomorrow, cis and trans alike…’ – but it’s funnier to say that my egg cracked because when I was 20 years old, I had a dream where Robert Downey Jr. – my erstwhile pre-teen crush from the Sherlock Holmes movies – flirted with me and I realised in the dream he was flirting with me as a man and I woke up crying.

Being trans can be light and funny, and cis allies embracing that is an important part of making our lives easier. I think too much of current trans representation is paranoidly fixated on legitimising us in the face of claims that transness is the latest fad. It’s exhausting and unrealistic to expect everything about us to construct a total philosophical defence of our existence.

I see celebrities like Elliot Page, the de facto and welcome face of the transmasculine community in the absence of other visible role models, bravely taking on the work of representing us, defending us, and somehow still making room for the happiness he is entitled to have at his own becoming. I also see Elliot Page and think about another hilarious trans story of mine. How on Grade 10 camp, well before either of our respective coming outs, when asked who would play me in the movie of my life and what the genre would be, I announced it would be a dark comedy, with him playing the lead. Talk about a delayed punchline.

By labelling these stories as frivolous or not worth telling, we relegate transness to a status of misery that actively harms trans people. When I look at my own or my friends’ experiences coming out and facing rejection, it often comes in the form of a dogged belief that being trans is an action to choose a life of suffering. That, by rejecting us, someone can save us from ruining our own lives.

In reality, being trans is a trait, albeit one people seem to find offensive – like liking olives. Choosing to do something about it – a change of name or pronouns, of clothing, a medical intervention, telling a friend – is a decision to prioritise your happiness and take ownership of your life and body.

I work as the Queer Officer at the QUT Guild and when my work posted about my appointment, as they did with every other member of the Student Representative Council, my post got over triple the engagement of anyone else’s due to a slew of transphobic hate comments. The silver lining was that few of the commenters appeared to be QUT students – but nonetheless I was referred to as a “mutilated woman” and characterised as pathetic, self-hating, laughable, and disgusting. When loved ones have rejected me for being trans I think hate is all they see for me in my future. From them, from the world, and internally from myself.

I don’t know how to tell them that coming out as trans was the first step in a journey of self-love, a love independent of anyone else’s validation or opinion of me. Pre-coming out, there was no life that existed for me to ruin, no matter how successful or beloved I became – who I was, socially, was a part in a play I was writing on the fly. A shabbily constructed character with made up goals and problems that kept me from knowing my own thoughts and feelings, troubles, and aspirations.

I get to wake up every day now and be myself. I would argue that most people try their best to be trans allies – that being said, transphobia is rife, it affects me every day, and we need to make regular space to talk about it. But today I would much rather talk about how I can put on a niche band t-shirt and some shitty eyeliner now, and be that annoying guy at a party who wants to talk to you about some musician you’ve never heard of – the stuff of my wildest adolescent dreams.

I can also just throw on the first thing I find in the morning and recognise myself – a luxury you don’t appreciate until you’ve lived so long without it. I can go on a date and be the guy with the nice hands or eyes or laugh. I can sing in the shower because I like how I sound. I can lay my hand on my flat chest and think about how nobody can take my beautiful trans body away from me.

Being trans is an everyday act of self-love, a deep warm contentment that I never realised was possible. I wish I could go back to my teenage self, wiping clear circles in the steamed-up bathroom mirror to pull back his hair and reflect hopelessly, ‘is this what I would look like if I were a boy?’ how delighted he would be to see the future I am writing for us in the absence of any blueprints. To realise, as a beloved children’s author turned dedicated bigot once wrote, that love and hope can overcome even the most inescapable of apparent death sentences.

Today I don’t really want to see any conversations glorifying our suffering, affording us respect, and defending our rights only if we participate in performances of miserable self-seriousness. The flip-side of this logic is always that being trans is cheapened or delegitimised by someone “doing it wrong”. How can anyone “do wrong” the business of figuring out what makes them happy? There are as many different ways to be trans as there are trans people, but what we all have in common is our joy at becoming ourselves. Today, let’s celebrate that.

This is my reflection on what being trans means to me, and I invite you to read below some QUT students’ thoughts on what it means to them.

My favourite part of being trans is…

‘I get to be myself. I’m so much more carefree now.’ – Ethan

‘Feeling comfortable in my own skin and powerful in my presentation.’ – Di

‘How it lets me critique my identity. It gives me the freedom to truly invent and become myself, and engage with others in a more mindful way.’ – Annabelle

‘Giving myself permission to step outside the gender binary is the most liberating decision I have ever made. I’ve gained such an incredible feeling of freedom that has elevated my life in so many ways.’ – Nic

‘I have met a community of beautiful people who I feel safe and comfortable with. Who understand me on a level a lot of others never can. Finding purpose, finding truth, finding yourself.’ – Amy

What being trans means to me is…

‘Authenticity and joy. We see too many stories of trans suffering, and I’m choosing in my own life to spotlight trans joy.’ – Ethan

‘I am free to exist in ways outside the limits and expectations of binary gender. I can live in a way that is authentic and fluid and caters only to my own happiness, not to a set of rules.’ – Nic

‘Being trans is a gift, a challenge, and a blessing. We are rare, special, beautiful. Being trans means active resistance always. It means active love always, internally, and externally. It means praxis through existence. It means you can’t afford to be quiet. It means having your guard up when you shouldn’t have to. It means having your guard down around those you love, and having access to a community of the most incredible people on earth. It means being in the spotlight always, it means being hated and debated every day. It means fighting for a better future for our sisters, brothers, everything in between and beyond who walk after us.’ – Amy

Julian (he/they) is the Queer Officer at the QUT Guild and Secretary of the QUT Queer Collective. He is passionate about LGBT+ activism, as well as his discipline of study — psychology — and creative writing. Their poetry has been published in the QUT Literary Salon Collection, Voiceworks, Baby Teeth and more. You can find him on Instagram at @cowboymausoleum or @patroclus.incarnate as a writer.