Hit enter to search or ESC to close
ArticlesFeaturesQUT Guild

The NUS and Student Welfare 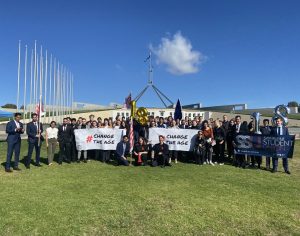 Greetings from the 2022 NUS Welfare Department.

My name is Billy, and I am proud to have been elected as the National Welfare Officer for 2022.

The National Union of Students is the peak representative body for all tertiary education students in the country. The Welfare Department has a proud history of tackling issues around mental health, student finances, and your studying rights and support. The QUT Student Guild is an affiliate of the NUS and we are proud to have your support in our campaigns. 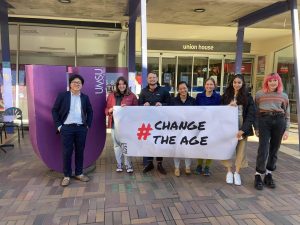 In 2022, the Welfare Department will be continuing our Change the Age Campaign advocating that the Age of Independence should be reduced from 22 to 18. The Change the Age Campaign is an incredibly important fight and having the support from students and their student unions from across the country means a lot. As it stands, the Age of Independence is 22, meaning that many students are unable to claim Centrelink due to their age. Even if they are eligible, young people have to go through a long and arduous process to prove their parents do not earn enough money. If your parents earn too much money, even if they do not support you or if you live out of home, you are not eligible for youth allowance.

This policy is ageist. Young people are allowed to join the army, vote, drink, and are expected to pay the same amount of tax as everyone else but are not considered independent for welfare purposes. This can limit a student or an apprentice’s access to a safety net while studying, as they can be denied access to income support based on a parent, caregiver or partner’s income – even if they live out of home. This just isn’t fair. Young people already face lower wages and an incredible amount of anxiety regarding the future.

Denying income support to young people under 22 puts their ability to start or continue their studies at risk, and can have a more fundamental impact on their ability to afford basics like rent, food, and medicine. Lowering the Age of Independence to 18 will mean that students can focus on their studies if they struggle to find enough work, rather than having to discontinue their studies or stay in unsafe housing if they can’t afford to pay their basic living costs. And it’s not like work for young people is particularly glamorous either, we have an epidemic of underemployment and casualisation making it incredibly difficult to find stable work. Even if work is found, young people disproportionately face wage theft and are the subject of unfair youth wages.

This is why the NUS has been running and will be doubling down on our campaign to #changetheage.

In 2021 we received more than 13,000 signatures on a petition to parliament and some of the testimonials we received are heart-breaking to read.

One student told us that they were struggling with homelessness, continually couch-surfing just to have somewhere to sleep. They left their home due to abusive parents and have not spoken with them for more than a year. As they are 19 and feel unsafe with their parents, they are unable to have them fill out the form even if they do not earn enough.

A few young people told us that they had to stop their studies because they were ineligible for government support despite living out of home and paying their own rent. Decisions like this impact young people’s entire future. We know the importance of study for someone’s career, yet this government is letting down an entire generation by forcing them to choose between study and being able to afford the cost of living.

Young people shouldn’t have to choose between studying and entering the workforce without their qualifications. We know that the welfare system is broken but this is an area that is seemingly so riddled with bureaucracy and arbitrary rules, it is impossible for young people to get the support they deserve.

The bureaucracy is also a problem for students who are LGBTIQA+ or live in abusive or even strict households. The parental restrictions on claiming Youth Allowance are clearly ridiculous but to claim the payment, even if eligible, your parents need to declare their income to Centrelink. Now, I am not 100% sure how this works now but when I initially claimed Youth Allowance in my first year of university, my mum had to fill out a several page booklet asking for her information. I had to collect this after lining up at Centrelink, getting my CRN and all the other steps for a first-time welfare recipient. I am lucky enough to have a good relationship with my mum but for many including those the NUS have surveyed, this is a hard step. Parents are often not accepting of their children’s sexuality or life choices so they do not do the service of filling out a form. Many families are abusive or otherwise negligent to their adult children, making it harder for 18-21 year olds to receive their rights.

In these situations, the government says that there is an exception but to get to that point the government asks for expansive evidence to be provided. We have seen this take the form of Centrelink enforcing psychological evaluations, requesting police reports, and other bureaucratic hurdles that delay young people getting the support they deserve. These requests often happen when the young person is no longer in stable housing and are in no position to navigate the obstacle course imposed on them.

Enter the NUS. Last year we identified this as a campaign we could make meaningful change through. We gathered more than 13,000 signatures and received testimonials from hundreds of young people. 2022 is an election year. Students are a hugely important part of the electorate. The only way that we are going to get the change we desire is to build up the momentum to force the government’s hand, or to get commitments from the opposition. We tabled our petition in July of last year and despite the Minister being forced to reply to it, we have not received a response yet. We know that the Government does not care about young people and that is why the NUS is campaigning every day to rebalance the scales in favour of students.

Queensland is a key battleground for the Government. ScoMo cannot hope to hold onto power without the support of young people like you reading this. The NUS is ramping up our campaign in the lead-up to the federal election saying that students should not support candidates who support the Age of Independence remaining at 22. I encourage all students to follow the NUS Welfare Department on Facebook as well as signing our petition so you can stay in the loop with our campaign. If anybody would like to reach out, tell your story, or learn how you can get in touch with our campaign, please do not hesitate to email the Welfare Department on welfare@nus.asn.au 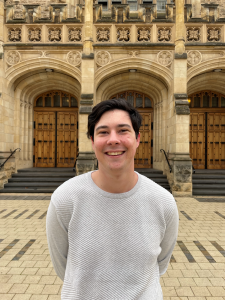 Billy Zimmerman is the National Welfare Officer for the NUS.