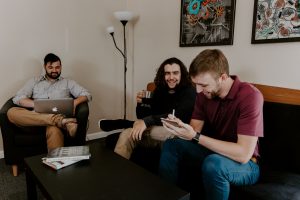 After days of sustained public outcry, the Queensland University of Technology Student Guild have given into pressure to improve its standing with underrepresented groups by announcing the election of the very first Men’s Officer this month.

The announcement came from the progressive body during the late hours of Friday February 4th, in the form of a Myspace update.

The statement, understood to have been prepared by the Social Equity committee, stated that the Guild must constantly reform to evolve with the times.

“Men are a key demographic of students at QUT and constitute a minority interest group,” the statement read.

“It is our hope that this change will appease the interests of the newly formed QUT Incel Society, and that its members will stop asking us if we’re up at 2.30am.

Although the vote will not take place for a few more weeks, the Gazette understands Hunter Bystander to be the favourite with the bookies.

When asked for comment, the front-runner emailed his manifesto to the Gazette’s office, as well as a headless-torso pic and his Instagram details.

“It’s fucked up how women get to have there (sic) own officer, and yet men continue to have to deal with everyday sexism almost daily,” Mr Bystander’s statement read.

“Women and dogs are loved unconditionally, but men always have to prove their worth.

“Not that I think women are dogs, but you know what I mean.

“If you’re offended it was just a joke.

If elected, Mr Bystander intends to bring Men’s Rights to the forefront of campus safety discussions.