Hit enter to search or ESC to close
ArticlesCampus CultureNews 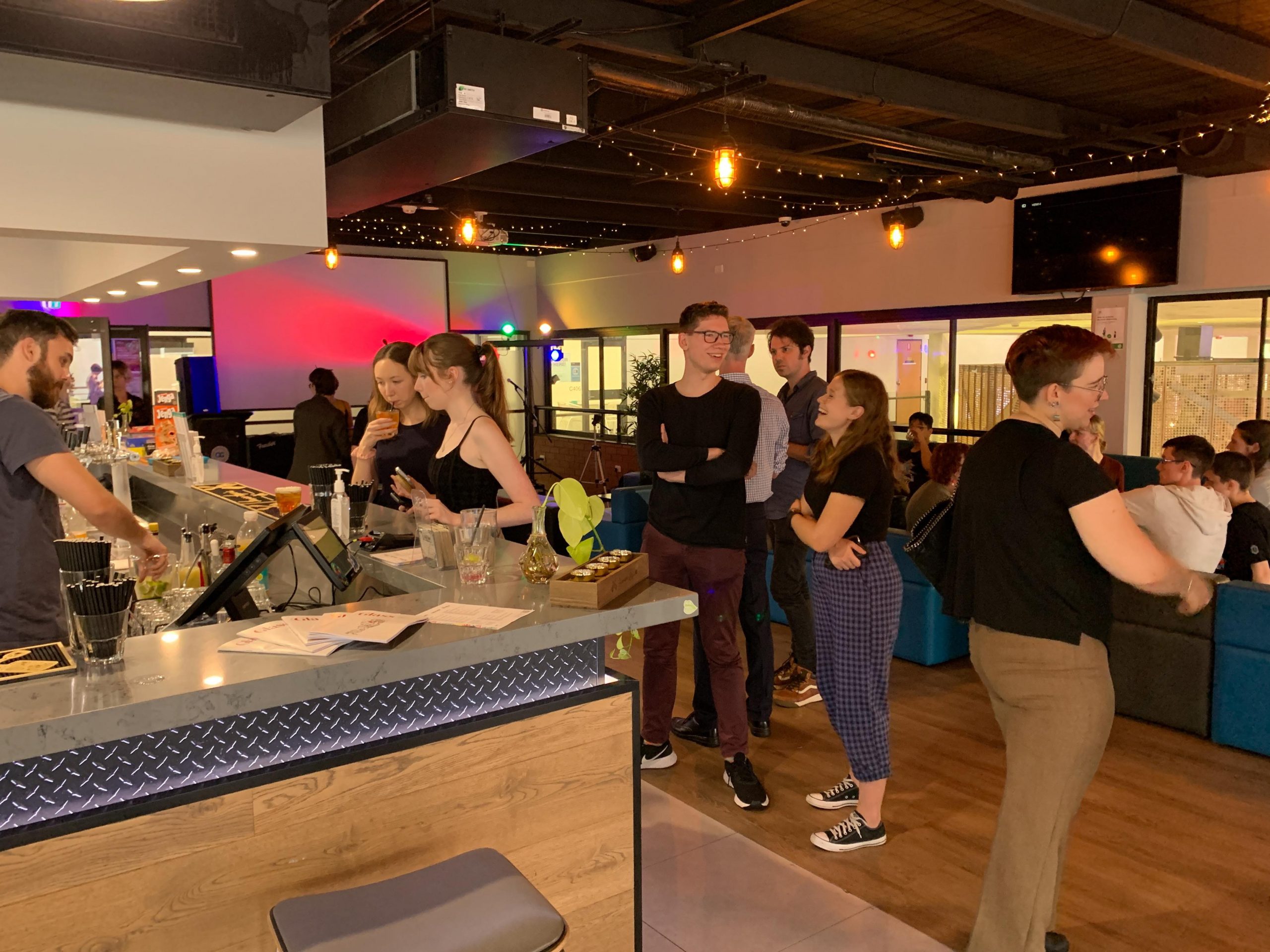 The QUT Literary Salon opened with a new team for 2022 at the Grove Bar on Tuesday 29th of March, and featured one of their biggest crowds of the past twelve months.

For those who don’t know, the QUT Lit Salon hosts monthly readings of some of the best work by the university’s most skillful creative writers, responding to a theme.

Fiction and poetry both featured from the lineup of seven readers, who responded to the theme ‘hometown’.

Glass alum Rory Hawkins was the first reader of the night, with a poetry suite called Smoke and Windows.

Following Rory was Salon videographer Christian Reitano, with his autofiction Back to the Big House, and Hannah Vesey, with their poem High School Graduation.

After the customary intermission, Creative Writing faculty favourite Dr Rohan Wilson returned to the Salon for 2022 with a new chapter of literary fiction.

Rounding out the evening was Matilda Lees with a memoir Secluded Secrets, Mehrin Rashed (pre-recorded due to COVID) with their poem, Pilgrimage, and Jaime Colley, with the horror fiction Leave Her in the Deep End.

Despite some nervous moments, the team were happy with the first Salon of the year.

‘We as a team are really thrilled about the turnout and how the night went,’ MacDonald said.

‘All of our readers knocked it out of the park.

‘We love it when pieces gain new life when spoken aloud, and we really felt that happen.’

For those hoping to get involved with the Lit Salon, you won’t have to wait long.

‘With our trial-run out of the way, our next salon is themed Folklore and will be on the 27th of April, with submissions opening on the 1st (April),’ MacDonald continued.

‘Submitting is super easy, and the link can be found on all our social media pages, including our Instagram, @qutlitsalon.

‘You don’t have to be a writing student to submit, and we welcome writing of any genre,’

‘Bring us a part of a novel you want to get feedback on!’