Hit enter to search or ESC to close
ArticlesGender & SexualityOpinionSubmissions 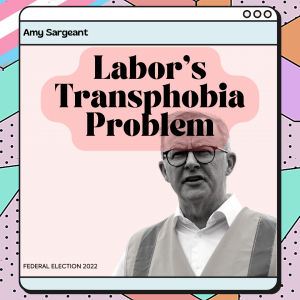 Many political parties in the West are struggling with transphobia in their ranks.

The Greens, despite having fantastic policies on offer for trans and gender diverse people, are not immune. In March this year, Victorian Greens Councillor Rohan Leppert came under fire after his history of backing the TERF hate movement was uncovered.

TERFs are not feminists, rather, they are bigots who seek to use the optics of the Feminist movement to lend legitimacy to their cause – eradicating trans people. Notable examples include J.K. Rowling and Katherine Deves.

The difference is, it seems to me that this instance is an outlier compared to Greens candidates across the country. Last month, Greens leader Adam Bandt made an impassioned speech about protecting the trans community at the National Press Club. The same cannot be said for the major parties.

We’re all aware of the Coalition’s atrocious record on trans issues. The Prime Minister, Scott Morrison, is a horrendous transphobe who platforms anti-trans campaigners and openly suggests trans people are illegitimate human beings–a minority playing dress ups. Among queer people and allies, the Government’s history on these matters is widely understood. What is less discussed, particularly among allies, is the Labor Party’s analogous problems.

The Labor Party, and its leader Anthony Albanese, have a shocking history of transphobic actions and comments. In 2019, Labor stripped all reference to queer people from its policy platform. What is left are a handful of open statements about inclusion, but no policy.

Also in 2019, Albanese gave the finger to protesters begging Labor to fight against the Religious Discrimination Bill … at Mardi Gras. He watched as former UNSW SRC President and Young Labor member Zack Solomon hit a woman across the face with a pride flag (pictured). 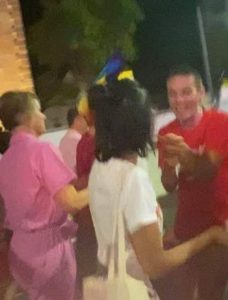 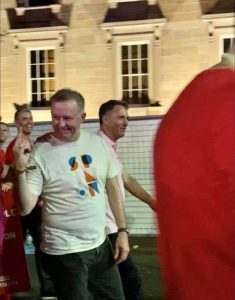 On the receiving end is Shovan Bhattarai, then UNSW Education Officer, who said, ‘Albanese felt safe protected by his cronies. Enjoy the feeling while it lasts-there’s a radical LGBTQI movement that won’t stop fighting until we have full liberation.’

In 2020, Labor dumped previously announced federally funded gender clinics in each state. The role of LGBTQI Commissioner was also dumped. The national “LGBTQI health and inclusion strategy” was also dumped from their plan, to the dismay of community advocates.

In 2021, 40 references to lesbian, gay, bisexual, transgender, intersex and queer rights were stripped from Labor’s updated policy platform going into the federal election. This included desperately needed reforms to prevent coercive medical interventions on intersex babies. It also included dropping a plan to end out of pocket costs for trans healthcare–something that would shift the stratosphere of trans experiences in Australia and save lives.

In 2022, Labor voted with the Government to introduce the Religious Discrimination Bill – while simultaneously claiming they had ‘saved’ queer people by introducing new laws which supposedly protect us. This is not the case – under Labor’s proposed protections, schools can still exclude queer students because they are different, doctors can refuse to treat trans patients for religious reasons, and a lecturer can refuse to use a student’s pronouns. Trans teachers are at huge risk under Labor’s plan – it is dire.

As the year has worn on, Albanese has continued this pattern. In a wide spanning profile in The Monthly, he paraphrased J.K. Rowling on trans issues, stating that trans people should not ‘seek to impose’ their pronouns. In an interview with Joe Hildebrand, Albanese stated that men can not have babies – despite trans men having children every week in Australia. Speaking to trans kids playing school sport, he echoed the Prime Minister, stating that, ‘girls should be able to play sport against girls.’

This all culminated a few nights ago, in a bombshell moment during the second leaders’ debate, where Albanese verbalised a preeminent TERF dogwhistle live on air, after hate group No Self ID in QLD requested he do so three days prior. The group, who are currently plastering women’s bathrooms in Queensland with transphobic stickers and brochures, put out the call and Albanese used the exact wording they asked for. Watching from my house, this moment elicited gasps, then tears.

Western electoral politics should not be treated like a team sport. So often, rusted on Labor supporters rush to excuse bigotry from “their team”, rather than openly condemn it. For trans people, this shows that you care more about a political party than our lives. Remember, you cannot waste your vote. Use your voice on the streets and at the ballot box to stand up for our most vulnerable, whether it be trans people, refugees, first nations people, or the next generation. This means preferencing truly progressive candidates above those who align with bigots. Voting can’t be the extent of our action toward liberation for oppressed groups, but it’s one small and important gesture we should think carefully about.

For information about who’s running in your electorate, check out Glass’ Election Guide.

Amy Sargeant is a Meanjin (Brisbane) based activist, artist, and musician. She is the National Convenor of the NTEU’s Queer caucus and the former QUT Guild Queer Officer. Through installations of sculpture, audio, and video Amy’s work responds to her disillusionment with the dysfunctions of the Australian political establishment by reframing the elements of political spectacle. You can find Amy at https://amysargeant.art, or on Twitter at @amy_sargeant_