By Submissions August 2, 2022 No Comments 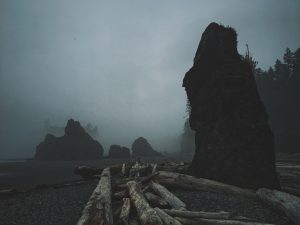 It was being watched, but it did not know. The breeze was gentle and quiet, and its footsteps were even quieter. Its breathing was raspy and unsteady, and it smelt like mint leaves and blood. The sky haemorrhaged as the sun sunk below the horizon, splotches of crimson and amber bruises blooming between clouds. The forest was inhaled and the bark was split and folded to expand its wooden lungs. It was strong and resilient, though its lungs were slowly turning to paper; paper that crushed beneath the weight of the atmosphere should it breathe too deeply.

He could see through it.

Its gentle touch was but a lie – it disguised a truth in its rib cage of roots. The air it consumed dampened its lungs, weakened them, and covered them with an ever-expanding moss. A cancer that grew into its heart. The heartbeats sounded like tribal drums and snapping trees, and the leaves on its head shook in fear, and it was confused. Its fingers were burning, and the ants walked through the flames and climbed its arms, and the fire followed.

His skin was cold and he followed the warmth.

Its hair turned brown and shrivelled and slipped from its scalp, and fuelled the fire on its shoulders. The ants travelled the crackling kindling, and with them, they carried chunks of sharp metal and cut into the chest and unearthed the heart. Sap seeped from the pulsating roots and glowed golden in the orange light of the flames. The ants fire-danced and they cheered and carried banquets on their crippling backs to feast and feed their stomachs and lies.

He revelled in the warmth until it turned his skin into bark and bumps began to form, and burst with a sap coloured like the sky as the sun died and he didn’t know what to do.

He didn’t know he was being watched.

The fire turned on them and they scattered like ants underneath a magnifying glass. They watched as their feast turned into fire and the roads they walked on melted into black lava.

The untameable beast they lived on had no hair; it had no lungs and no air to breathe and consume and create.

He didn’t know the judging eyes were burning a hole in the back of his head.

He watched as its heart was blackened, and the black smoke rose high into the sky, and the dawn came to feed the trees but it found none.

Only a world of corpses fuelled the smoke that blotted out the sun.

Eurielle (Chelsea) Glenn is a Jambreen/Tamborine Mountain-based writer, and a second-year Creative Writing student at QUT who is currently working on a novel based in a post-apocalyptic Gold Coast Hinterland. In every story, she seeks to inspire change for the better of the world and the creatures who dwell within it. You can find more of her work in the ScratchThat’s 9th Issue, QUT Glass’ 14th Issue and @chelsea_glenn_writer on Instagram. 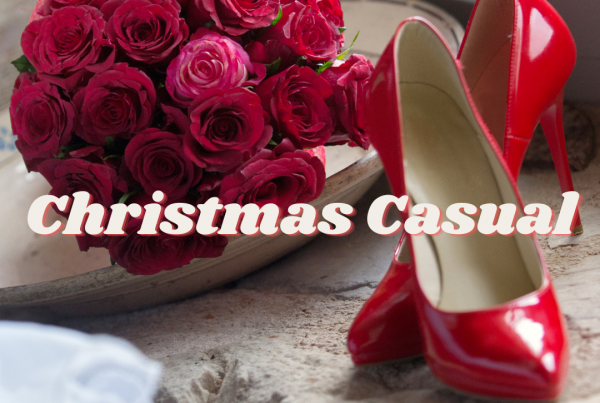 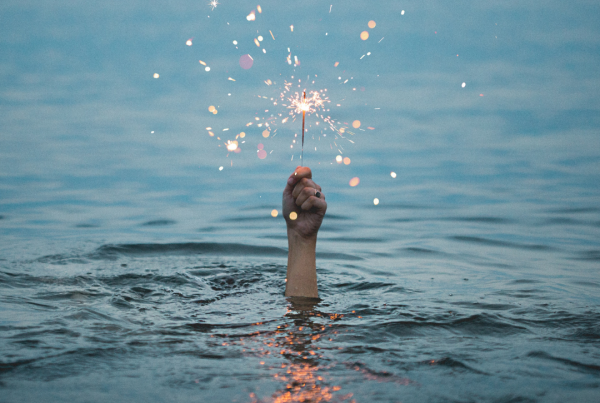 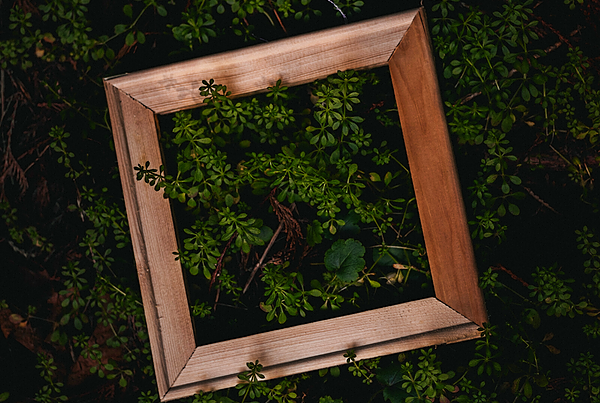