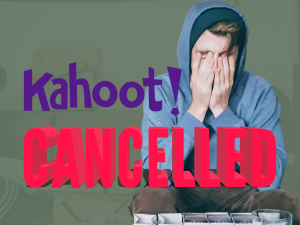 A local Queensland University of Technology student has been left reeling today after reportedly sitting through an entire tutorial just to find that there would be no Kahoot this week.

Jacob MacDonald (20) regularly drags himself to his weekly hour and a half communications tutorial, which usually has the allure of a Kahoot at the end.

But after this incident, MacDonald says he can no longer trust his tutor to respect his best interests.

“It’s really left me quite traumatised,” MacDonald said to Gazette reporters this afternoon.

“On a usual day I’d just sneak into the back of the classroom and lay low until the Kahoot invite comes on the screen at the end.

“But today I was late, so I had to sit up front and centre and I could barely escape Dr. [REDACTED]’s eyeline at all.

“When I come into uni (sic), I don’t expect to be attacked by a staff member with allegations of ‘who’s read the reading’ and ‘does anyone have anything to add to that’ — I just want to get on the Kahoot podium.”

Mr MacDonald also alleges that this week would have been his week, and that QUT is stealing his money by not providing a greater range of learning options for students who don’t want to study.