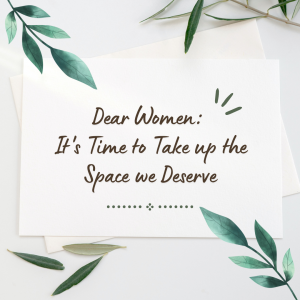 In 2006, Tarana Burke used the phrase ‘Me Too’ to raise awareness for women who have experienced sexual violence. Eleven years later, this movement reached global recognition after American actress Alyssa Milano tweeted #MeToo, detailing her assault at the hands of Harvey Weinstein.

We’re in 2022 now, and we have come a long way since this movement peaked in 2017 – Harvey Weinstein has since been convicted on rape and sexual assault charges. Back in Australia, Queensland rape law now recognises that rape can be committed in private by someone known to the complainant, and that consent cannot be automatically inferred based on what the complainant was wearing, whether they were intoxicated, if they followed the offender to a private area, a lack of physical resistance, or prior sexual history. These have been harrowing battles that we, the women of the world, have fought and won in the legal sector. However, despite this being recognised by law, we still have much further to go within the social discourse around rape and sexual assault.

For too long, women have had to shoulder the burden of protecting their abuser’s reputation, not disrupting the patriarchal standards of society, and suppressing years of sexual trauma because some things just ‘aren’t that big of a deal’.

We have been told – either overtly by men, or inadvertently by society – that most ‘minor’ experiences don’t warrant an emotional reaction. These ‘minor’ experiences are when men catcall us while walking outside, grab our arse or boob while dancing in a club, tell us to smile more, make inappropriate sexual comments, leer about what we’re wearing, and go beyond our boundaries in sex. Society tells us that we should not make a fuss about this because ‘it’s just what happens’. These experiences are not minor. Most are deemed by law to be sexual harassment and assault, so why are they not perceived as such socially? I refuse to accept this behaviour any longer, and I refuse to suppress any of these experiences again.

I was raped in 2019. It was someone I knew before it happened. I willingly followed him into a private room. I was intoxicated. I didn’t fight back. I didn’t report it afterwards. If I tried to, there would have been a five per cent chance of him being convicted. With only a few bruises on my body and my word against his, I knew deep down there was no hope. So, I stuffed this traumatic experience into a dark place deep in my brain and tried not to think about it again.

It’s taken me three years to finally confront this memory, recognise that it was, in fact, rape and slowly attempt to work through it properly in therapy. Each time I faced a ‘minor’ experience at the hands of men, I was told that it is just a part of being a woman in this current climate. This translated in my brain to mean that I had no right to feel upset and must simply move on. If the narrative around this issue is centred on women to just ‘grin and bear it’ or, even worse, to pre-empt being harassed or assaulted and protect ourselves, how are we supposed to talk openly about rape when the onus is on how we contributed to it?

The injustice survivors experience is stark when compared to almost any other traumatic event. For example, when someone’s house burns down, they are not immediately told that it’s a common occurrence and just the risk you must accept if you want to live in a house. When someone experiences a car crash, they are not invalidated by their experience if they can’t recall specific elements of the event. When someone is robbed, the blame is not placed on them for having too many valuable possessions. But when it comes to the so-called ‘minor’ experiences of women, we are routinely told it is standard practice, that it’s just a part of being a woman, that it didn’t happen if we can’t remember the details, and we had it coming because we dressed provocatively or lead a man on.

Just because this has happened to every woman I know does not mean ‘it’s just what happens’ or that it should be dismissed as just a ‘part of being a woman’. It means this is a systemic issue that has been shoved under the rug for too long. The discourse surrounding how those ‘minor’ experiences are dealt with acts as a gateway to silencing women who speak about rape and sexual assault. Time is well and truly up for rape and sexual assault to be dealt with in this archaic way.

It’s time for us to take up the space we deserve in society and speak truthfully without shame about what we have endured at the hands of men for far too long. It’s time for us to allow ourselves to feel upset, angry, frustrated, distraught, and all the other emotions when we face these ‘minor’ experiences. It’s time for us to make the men around us confront their privilege daily. Sexual violence against women won’t end overnight, but we can vow that we will make space to feel how we want to feel, and to say what we want to say — so we don’t have to carry this burden alone anymore.

Men, if you don’t believe me, ask a woman you know today about her experiences with sexual violence and watch your worldview crumble before your eyes. Women, take time today to appreciate how much we have overcome and understand that they are not ‘minor’ experiences – it is sexual assault and harassment, and regardless of the circumstances, you are validated in how you feel.

Sending love to you on this International Women’s Day,

Ella is a Brisbane based writer and editor of GLASS Magazine. She is currently studying a Bachelor of Law (Honours) and Justice at QUT.