Hit enter to search or ESC to close
ArticlesFeaturesSubmissions 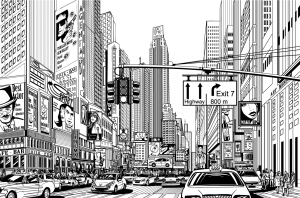 When we hear the word ‘cheat’, we tend to think of infidelity, sports doping scandals, and elaborate schemes involving casino card games. But, in fact, the greatest examples of cheating in history involve the seemingly legitimate gains made on financial markets.

Take for example, Bernie Madoff, a man who at one time was chairman of the NASDAQ stock exchange. In 2009, Madoff was convicted for swindling clients out of approximately $64 billion USD through an elaborate Ponzi scheme, the largest convicted act of fraud on record. Fraud on this scale would not be possible in any other industry, as the complex nature and enormous scale of financial markets makes identifying such scams difficult.

The subjective and volatile returns involved with trading on financial markets leaves plenty of room for scepticism from competitors and leniency from regulatory bodies, making it the ideal playground for would-be grifters. In Madoff’s case, his fraud had been identified by many in the industry as early as 1999 – the Securities Exchange Commission (SEC) was informed, but no action was taken for nearly a decade due to the high esteem in which many in the finance industry held Madoff.

So, who are the biggest cheaters in finance history, what is the point of these highly elaborate, convoluted markets, and who is it that benefits the most?

From way back to 1929 comes the story of one of the OG financial fraudsters, although calling Albert H. Wiggin a fraud may be a bit unfair considering his actions were completely legal at the time.

Wiggin came from an affluent family and used his connections and knowledge to work his way up to the head of Chase National Bank. As an executive of the bank, Wiggin owned a considerable number of Chase Bank shares.

Shares are a foundational security in financial markets, representing a unit of equity (ownership) in a corporation, entitling a share owner to a portion of any leftover profits made by the company, called dividends.

Wiggin used his position to encourage Chase Bank to re-purchase its shares while simultaneously, short selling his personal shares to the bank through a Canadian shell Company he owned.

Short selling means selling a security that you do not own and re-purchasing and returning the security to its owner later, retaining any profits or losses from the change in price of the security over this period. Someone looking to make a profit will short a stock when they expect its price to decrease.

A shell company is a corporation without active business operations or considerable assets. Although not strictly illegal, they are often used illegitimately to disguise business ownership and hide transactions or avoid taxation.

Wiggin shorted over 42,000 of his own shares, giving him a vested interest in ensuring Chase Bank’s stock value plummeted.

You may ask – ‘how did he know it was going to plummet?’. Well, it wasn’t so much that he knew it was going to plummet, but more the fact that he was in a position to directly influence and manipulate the direction of the company by making sure it made poor investments and bad business decisions to ensure the company’s stocks decreased in value and his shorts increased in value. The Wall Street Crash was purely coincidental, but it just so happened that his bank was considerably exposed, possibly intentionally.

After the Wall Street Crash of 1929, Wiggin saw his opportunity to cash out as investors closed out their positions in the market. He made over $4 million tax-free (equivalent to $65.2 million today) completely legally through these trades. In the aftermath of the crash, and Wiggin’s coverage in the media, this form of insider trading was outlawed by the SEC.

Winans, like myself, was a columnist, although unlike me he worked for the Wall Street Journal (cringe). Between 1982 and 1984, Winans wrote a column called Heard on the Street, in which he profiled certain stocks. Interestingly, the price of the stocks that Winans analysed would swing noticeably up or down based on his opinion.

Knowing this, Winans leaked the contents of his column early to a group of stockbrokers, who then purchased favourable positions in the stock before the article was published.

This resulted in total gains of over $700,000. Although skilled in stock analysis, Winans clearly lacked the backbone or skill to negotiate, receiving only $31,000 for his contribution to the scheme.

During his trial, Winans argued that his actions did not necessarily constitute insider trading as the definition was broad. This argument did not appear to be effective as Winans was sentenced to 18 months in prison, serving nine before his release.

You may have heard that the domestic goddess Martha Stewart served time in federal prison, where she self-reportedly received the nickname ‘M. Diddy’ by fellow inmates. But what is less commonly known is that she was convicted for insider trading. Stewart was invested in a pharmaceutical company called ImClone. ImClone had recently seen an increase in their stock price because of their announcement of a new cancer drug they had developed called Erbitux, which was awaiting FDA approval.

Owning shares in a company entitles one to a portion of residual profits, paid as dividends. The market value of a share is commonly measured by the predicted value of future dividends and is tied closely to the expected financial performance of the company. This basically translates to: good news = an increase in stock value, bad news = a decrease in stock value.

Unexpectedly however, Erbitux was denied approval by the FDA, tanking ImClone’s stock value. But in a suspicious turn of events, none of ImClone’s executives or their close connections saw any great losses. An investigation into the matter found that prior to the FDA announcement, the CEO of ImClone, Samuel Waksal, had instructed numerous people to sell their shares in the company, including Stewart’s stockbroker. It is alleged that Waksal knew ahead of time that the drug was not going to be approved (though how he knew this was unclear), and encouraged all his buddies to abandon ship and sell their shares while the price was just about at its peak. Stewart was informed and made the decision to sell 4,000 of her shares, netting herself a tidy $250,000. She was later embroiled in the scandal, serving five months in prison and required to pay a $30,000 fine.

M. Diddy eventually resigned from her position as CEO of her own company, but the ensuing clout and dope nickname saw her develop a close relationship with rapper Snoop Dogg.

For each of these fraudsters, their influence and connection allowed them to effortlessly take advantage of the financial markets that drive our economy. From the outside, it seems they committed relatively victimless crimes, despite injuring a faceless corporation.

However, finance is a zero-sum game; there are always winners and losers. The reality for the individual people on the losing side of their trades could have resulted in the loss of someone’s life savings, prevented a small business from retaining staff, left a family with no deposit for a house or a range of other devastating outcomes. But unsurprisingly, aside from Madoff, for each of these cheaters, the whiter they were and the more money they harnessed from their respective crimes, the less amount of time they spent in jail – highlighting the unfairness and disparities in justice that wealth and power can bring.

These frauds emphasise the ease at which these convoluted markets can be manipulated and bring into question the purpose they serve and for whom. A person who has studied finance would say that they provide a means for investment, liquidity, diversification, risk reduction, and a plethora of other fancy words that are meaningless and inapplicable to most people. In reality, they supposedly drive our economies and financial markets. However, they also act as a playground for the uber rich fraudsters while excluding marginalised people from even getting a foot in the door. It is the ultimate indicator of how rules are unfairly applied to the poor and powerless – during booms, gains are hoarded but wages stagnate, and during recessions, losses are socialised, and jobs are lost.

Whether you are an experienced trader or considering your first investment, keep in mind these markets exist almost exclusively for large corporations and the ultra-wealthy. To the average person they are no more than a game of chance at a casino.

Submitted to Glass by your friendly, neighbourhood Cryptoman.