His paper Please don’t defund me Scomo included never before seen footage of fledgling stupol hacks crawling out of the Kelvin Grove Orb. 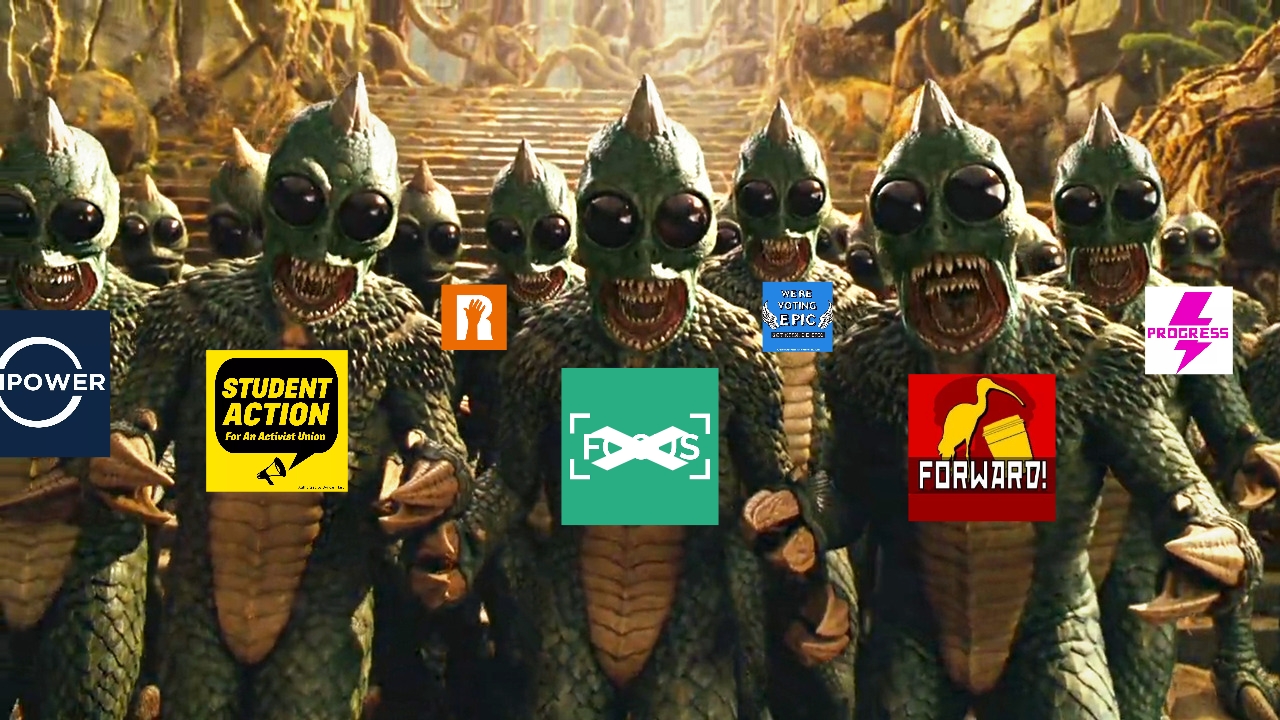 Students are advised to stay at least three metres away and should definitely not take any flyers as this could encourage them.

“In previous years, we’ve seen that stupol hacks undergo a moulting phase after student elections, shedding their campaign shirts for polos and chinos,” stated Dr Barker. “They are reptilian in nature, and under normal conditions hibernate for the remainder of the year. Climate change however has caused them to become hot and bothered.

For stupol hacks to re-emerge this early is unprecedented. We have no idea how the student body at large will react.”

GLASS understands that the stupol hack’s biology is vastly different from our own. Stupol hacks only appear for a few days each year, during which they perform a bizarre ritual of handing out How-To-Vote flyers to unassuming students. They have a long lifespan of 3-7 years, and come in many different subspecies.

Last year, the dominant QUT Young Liberal subspecies faced a drastic decline after defecating in their own watering hole. The new Independent subspecies’ performance is yet to be fully observed.