Hit enter to search or ESC to close
OpinionSubmissions

By Submissions September 28, 2021 No Comments 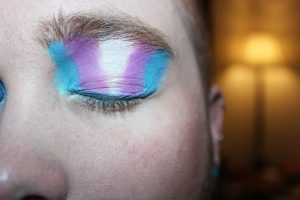 After reading too much edgy Aussie comedy that goes for the cheap shots more than I would if I encountered said comedy live at a club, I took notice of the punching bag that most often comes up. It seems transgender activists have one primary struggle: how to not sound like wankers. How do you not sound like a vegan waltzing towards you with a bowl of kale and insisting the health benefits are incredible, and the moral benefits even better? (Disregard that I made up entirely just because it sounds like something “those kinds of people” would say and I’m too lazy to talk to a real vegan.) How do trans-activists not sound like “those kinds of people”?

Much like vegans, you never know if someone’s a trans-activist until you talk to them. Consequently, the image of what a trans-activist looks like exists mostly in people’s imaginations, some spectre spitting at a mate of yours, or your favourite minor celebrity, at a mandatory diversity training seminar or god forbid, online. “Those kinds of people” rarely announce themselves with neon signs (except once or twice a year, I suppose, at the events designed to do just that. Or designed to foster community and solidarity, but which version of the story will get more sympathy around the water cooler as your coworker relays how the parade slowed down their commute by an enormous 15 minutes?).

I’ve worked a market stall, and that is one of the few environments where people do just walk up to you and proudly announce that jewellery is magically repelled from their body, or that they’re interested if you know any spells to cast on their enemies, or that they’ll be a millionaire soon with this new online digital program if they get enough people to invest. So when it comes to “those kinds of people” – I’m familiar. And yes, I have had trans activists come up to me while working there. The most vivid character was a mum whose primary school child wanted nothing more than to go to Bookfest as a mushroom with her book on mushroom facts. The kid was trans. Mum bought something as a Christmas present to herself. I told her she deserved it.

There’s a definite need that trans-activists seem to have to be hip and cool. And yet they always seem to be coming across as pretentious dickheads constantly making demands of other people, like we don’t have enough going on in our lives what with the situation in the Middle East and global poverty and the increasing inefficacy of antibacterials and the shifting geopolitical landscape in Asia and now they want us to squeeze in another major problem we have to think about? Can’t we just toss a coin to the man with the Red Cross donation tin at the train station and let him deal with it?

More pressingly, trans activists always seem to be telling you what you can and can’t think and say. Who knows if you’re even allowed to call the Woolies cashier a “beautiful young woman” anymore without the PC police knocking down your door for misgendering. Do they really expect us to live in fear of calling a xe a she or a her a him when we talk to a stranger in public?

And as for policing what people think, there’s an erasure of the traditional definition of womanhood that transactivists push constantly, supposedly. It’s difficult to say exactly what the traditional definition was, but they’d like nothing more than to tear it out of every dictionary, arrange the pages into a swastika and burn it. And if we don’t know what a woman is anymore, who’s going to make our national over-supply of lamingtons?

“Those kinds of people” are easy. You only need a few words to conjure the image of the puritanical vegan, or the oblivious cyclist, or the hippie environmentalist. And Australians love stereotypes as much as we love slipping a fourex into a stubby holder while the perspiration still drips off the bottle and the kids smack cricket balls into the neighbour’s yard to let their blue heeler know we’re having a family barbie. All you need to unite people against an easy target is, say, enough words to fill the guest column in The Weekend Australian. And if you’re worried people might raise an eyebrow at the little byline informing them the column is by a no-longer-convicted-sexual-predator Cardinal, make sure he uses the phrases “wokeness” and “cancel culture” to glaze that eyebrow’s eye right back over. Don’t think about it, just get angry.

But still, that’s not to say that trans-activists don’t have a problem with sounding like wankers. A lot of them do. As I learned during my brief but breathless run through the reality TV circuit, you can’t make someone look like a wanker unless on some level they kinda are. Well, you can, but not without making yourself look like a wanker too.

It’s really hard to not see activists as attackers. They want change – and that means they think you’re wrong. It’s hard to break out of the mindset of Them and Us, and see anyone doing something differently to us as more than an implicit condemnation of parts of ourselves we’ve never even been given the opportunity to think about. Why are vegans angry at us when our parents fed us meat long before we had a say in it? Why do cyclists think they get a lane when we saw how much of a cave that first car payment had on our bank account? Why do environmentalists insist on telling us how wrong it is to use plastic bags when the beautiful young woman at the counter just bags them like that? Why do trans-activists want us to apologise for using words the way we were taught to use them in English class, or for thinking about gender the way we were taught to in a Biology lesson? It’s really hard to see these people as anything other than people trying to make us feel bad for something we didn’t choose. So we push back.

And maybe I’m biased, but I feel like that’s a fair reaction, honestly. What’s my bias? I’m transgender and I wish people would stop trying to make me feel bad for it.

Sorry mate, I’m not going to cancel you for being a knob or lecture you on pronoun use until I’m bluer in the face than you are in the balls. I’d rather just live my life and let you live yours. I get that it would ease your life if I were an enemy who wanted to shame you, but I don’t. If you feel bad about yourself knowing I exist, then that’s you not me. But if you’re halfway through writing a “satirical” joke about the trans-activists, vegans, woke mob, cancel culture, lefties, etc., consider that maybe you’re not actually funny. Maybe you just sound like a wanker.

Hydra Cramb is a third year Film, Screen and New Media student at QUT who works at the boundaries of art and reality. Their work can be found at hydracramb.com