Woman in STEM? Her ex never shut up about computers, and now she knows about all analogue wavelengths! 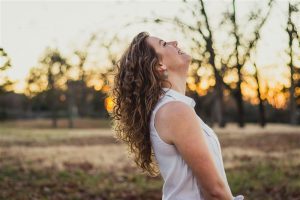 One local woman is living the dream this week, after it was revealed that she actually does know about maths and science and stuff.

Bianca Treffers, a 23 year old Music student at QUT, has recently demonstrated to her friend group that she knows the actual difference between analogue and digital, thanks to her insufferable ex-boyfriend.

“Well basically analogue is wavelengths but digital is binary,” Treffers told the Gazette.

“[My ex] Campbell studied Engineering, and he was always talking about technological stuff.”

“I guess you could say I picked up a few things.”

“Like recently I saw a couple arguing about where to eat out, and I was like, oh, this is just like me and Campbell, I wonder if he’s going to try to use an analogy that she can’t understand to make her feel stupid?”

“Who’s going to alienate all her friends now?”