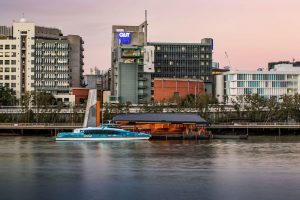 Representatives of the National Tertiary Education Union (NTEU) have alleged over the past several months that wage theft is significant and widespread across the Australian higher education sector, as staff have ‘virtually no protection in terms of standing up for themselves’.

The NTEU made a wage theft claim of $2 million on behalf of 80 casual staff employed in the Faculty of Arts and Social Sciences (FASS) at the University of Sydney on October 15th, but union officials warn this is only representative of national trends.

‘Casual staff are regularly not paid for all of the work they do, yet this work is essential for the functioning of universities,’ Dr Cahill said in a statement.

‘Both the Fair Work Ombudsman and the university regulator TEQSA (Tertiary Education Quality and Standards Agency), have begun to take notice of wage theft in universities.

“The management attitude of ‘there’s nothing to look at here” is totally inadequate and insulting to casual staff.

‘University management need to own up to the problem of wage theft, pay casual staff their historic back dues, and take meaningful steps to substantially increase secure jobs within the sector.’

University mismanagement as a principal cause of improper remuneration is echoed by Dr Cahill’s Queensland counterpart, Michael McNally, who said that technical and professional staff also suffer from stolen wages.

‘The University of Melbourne paid more than $9.5 million in September to more than 1,000 casual academics, Monash [University], and RMIT are now having to make similar payments,’ McNally said to Glass.

‘So, you can see it’s significant sums of money occurring at multiple institutions.’

McNally noted that Queensland University of Technology staff have consistently made similar complaints.

‘This doesn’t mean that QUT is deliberately underpaying casual staff, but we know from experience that casual staff don’t get paid for all the hours they do.

‘The expectation is they work without pay, when marking assessment for instance, and that constitutes wage theft.

‘We expect staff to be ready to teach but they have virtually no protection in terms of standing up for themselves.

‘If they want work next semester, they don’t cause a fuss this semester, which is why the sector is so casualised.

‘Staff conditions are effected by university management decisions and these decisions need to be scrutinised.

‘Universities are still building shiny new business things and buildings in the middle of a crisis.’

Universities are still building shiny new business things and buildings in the middle of a crisis.

Dr Cahill says union pressure is the only thing realistically documenting wage theft in the sector.

‘Wage theft in the sector is in the tens of millions of dollars.

‘This is evidenced by the universities’ own annual reports, and by the NSW auditor general’s report into the university sector.

‘University regulators TEQSA and the Fair Work ombudsman both say wage theft is a problem.

‘At the University of Sydney, staff are not receiving their entitlements under the enterprise agreement for a period of six years, specifically academic casuals in the faculty of arts.

‘They’re not being paid for work performed, for things like consultations, emails, lectures, and meetings – things casuals are required to do for their job but are not compensated or not being paid at the appropriate rate.

‘[They] should be paid for all hours worked.

‘The current piece-rate-formula is around 6000 words per hour and doesn’t reflect the time it takes to do the marking.

‘Management are trying to cut corners and cut costs by sweating tutors with marking and making them mark assignments much more quickly.

‘They can be directed to not spend more than a certain amount of time or not provide comments.

‘If a tutor were marking for the piece-rate formula they would not be able to provide feedback to students, which is what they should be doing and what students expect and what is required.’

Dr Cahill also noted that the back payment at the University of Sydney only covered a small section of the workforce.

‘The backpay agreements that have been reached are for professional staff only, like librarians, not tutors.’

Wage theft and improper remuneration have been issues for Queensland teaching staff, including at the Queensland University of Technology.

The corporatisation of universities has lead to this culture … just like our worst corporations, universities in Australia want to foster a sense of never-ending crisis or emergency for workers.

‘Union membership is one of the few barriers we still have that protect us from corporate greed and wealth inequality,’ Dr Wilson said to Glass.

‘The rules around the correct rates of pay and the correct workloads for sessional staff are vague and subject to arbitrary alteration.

‘In my time at QUT, I’ve seen the conditions for sessional academics change almost every year.

‘For example, the amount that’s paid to tutors for marking has gone up and down several times.

‘We’ve tried to standardise this across the School of Creative Practice, with some success, so it’s much fairer now than it used to be.

‘But for many years, staff were not being paid fairly for marking.

‘I’ve also seen other entitlements be removed, such as the allowance for new sessional staff to catch up on the learning material in a unit.

‘The problem is that the University has the power to change the working conditions for tutors almost at leisure, without much consultation.

‘The University is constantly looking for ways to wring more productivity from its staff and that results in a lot of friction.

‘The various Heads of School, the Deans and Assistant Deans, as middle managers with budget responsibilities, they’re prepared to eat away at workload standards and norms in order to find a few percentage points of cost saving.

‘The corporatisation of universities has lead to this culture … just like our worst corporations, universities in Australia want to foster a sense of never-ending crisis or emergency for workers.

‘It results in less experienced staff teaching classes and less commitment from the staff to doing the job properly.

‘Why create new teaching material that you might not even get to use, why revise old curriculums that you might not ever teach again, why make changes based on student feedback when you won’t get to see the results of that change, casualisation is destructive — it destroys goodwill, hope, and ambition among staff.

‘[Universities] would rather invest money into new facilities or higher rates of pay for Vice Chancellors than into their teaching staff.’

Dr Wilson also noted the importance of students in advocating for staff welfare, urging students to support staff who go on strike.

‘If academic staff are planning strike action, it’s because they know that the proposed changes to their working conditions are going to affect students negatively.

“Students should always be just as angry as university staff about cuts … it’s the student experience that suffers when staff are given less time to do their jobs properly.’

McNally however lamented that student unions are drastically under resourced.

‘They need the will of management to survive,’ McNally said.

‘Workforce struggling to get work done means students won’t have a good experience.

‘The working conditions of staff has a direct impact on the learning experience of students.’

working environments. ‘Many lecturers and tutors are so passionate about higher education and the learning experience of the students they teach but issues like casualisation, under resourcing, and excessive workloads mean they’re not able to dedicate the appropriate attention and time to teaching students because they’re not fairly remunerated,’ Brumm said.

‘It is completely immoral that some staff are being told that they should have known that any duties performed outside of a really narrow scope would be considered “voluntary”.’