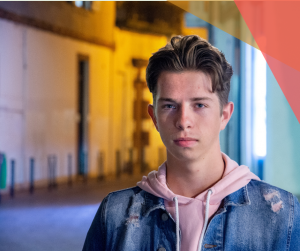 The Gazette has learned the disgruntled members of the Gamer, Fisher, and Weeb party will be forming a new society at QUT after they did not receive a single vote in the most recent QUT Elections.

Some reports around campus, coming primarily from stupol hacks, claim this is due to the party’s obvious failure to nominate.

However, murmurs from within party member meetings have been leaked to The Gazette.

These comments and complaints have come to a head in recent weeks and members appear ready to expose what they deem to be the true cause of their struggle to be taken seriously in student politics: reverse-sexism.

A leading member of the student party, Richard Tate, gave the below statement to The Gazette, elaborating on the values of the party and how today’s social climate will continue to be a major challenge for the party going forward.

“These days people tend to mock you when you advocate for men’s rights, just look at the current state of most student unions and how they refuse to implement a men’s and hetero officer alongside their Women’s and Queer Officers… it’s just too cringe at how hard they are trying to be woke – while neglecting whole groups of students that don’t identify as either of these labels.

“That’s why going forward we will be forming a student society for people like us – a club that will help support and build up our representation against the consistent onslaught of political correctness and encourage true social hobbies like gaming and fishing to be revived and appreciated on campus.”

The party has decided to spearhead a reclamation of the common insult used against outspoken men by creating the QUT Incel Society, in order to combat the oppression of gamers, fishers, weebs, and most importantly men.

It looks like that this isn’t the last we will see of the former Gamer, Fisher and Weeb party soon to be known as The QUT Incel Society.