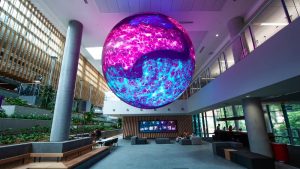 The outgoing Queensland University of Technology Student Guild Secretary is not currently a student of the university, it was revealed at the November 8th Guild Council meeting at Kelvin Grove, after a tip from a third party.

The QUT Student Guild Executives and Councillors in attendance were informed by Guild President Olivia Brumm that the Secretary’s sudden announcement of resignation that morning had been requested by the Guild’s Governance team, following a claim that they had been excluded by the university in August.

Brumm introduced a motion to the Guild Council that Executives and Councillors must immediately notify the Guild of any changes to their enrolment.

“Any change of enrolment status must be provided to the President, Secretary, Treasurer and General Manager immediately,” the statement read.

Brumm continued, saying that an outside party had notified the Guild of the incident on the 27th of October.

“The Secretary was notified that they couldn’t return to the Guild the next day so we could conduct an internal review to determine a response.

“At the conclusion of the internal review on Friday November 5th, the Secretary formally resigned and provided the Guild with an apology for our records.

“During the investigation, the Secretary deliberately provided inauthentic documentation that misled the governance team of their status.

“Their actions have brought the Guild’s reputation into disrepute.

“Out of respect for the Secretary’s privacy, these are all the facts the Guild’s Governance Team will be providing at this point in time.”

This motion was passed unanimously by those in attendance.

In a statement provided to Glass, the now former Secretary apologised for the upset caused by their actions and accepted full responsibility.

They also disputed the claim that they had un-enrolled in August, noting that their exclusion wasn’t processed until mid-September.

“Not that it makes it any better … but it certainly wasn’t like August first,” they said.

Elaborating on the circumstances leading to their exclusion in a letter emailed to several Guild executives and staff, the former Secretary stated they wished to alleviate Guild stress by not leaving the position.

“Being so close to end of term and knowing the shambles it would cause by me (sic) forcibly leaving (especially with all the election stress) in that moment I made the poor decision not let (sic) that info out [in discussions with Guild Governance].”

“Back in May or June [Brumm] had pulled me aside and asked me to run for the role of Secretary, knowing that my time was packed out already,” they continued.

“At this stage though, I was fully coping and accepted the proposal with no more than a second thought, excited to be so valued that someone would ask this of me.

“However, once I had actually entered the Governance team, it was far from the fairy-tale like ‘dream team’ I had thought up in my head.”

The former Secretary alleges that they were never a welcome member of the Governance Team, suggesting that they never received a formal induction and that other high-ranking executives “absolutely hated” them when they joined.

They maintained that significant upheaval in their personal life led to the academic stress that eventually resulted in their exclusion.

They also said they are still working on their research, but not their units.

“I still viewed myself as a student,” they said of their self-image at the time.

When asked for comment, Olivia Brumm said that the former Secretary does not understand the reality of their actions.

“The letters sent to executive and staff demonstrate an astounding lack of accountability,” Brumm told Glass.

“They are littered with excuses that show they don’t understand the gravity of their actions and their impact on other people and the organisation.

“All executives are students and balance multiple commitments in their roles, including their studies, personal lives, and sometimes other jobs.

“They do this without resorting to deception or misconduct, which in this case occurred over five months.

“There were multiple opportunities to come clean about the situation over several months and instead they chose to continue to demonstrate a lack of moral compass and engaged in further deceit of a significant magnitude.

“This is no one’s fault but their own, but I do hope they are able to learn from this experience as this kind of conduct would have far more serious consequences in any other professional setting.”

Brumm also maintained that the former Secretary was a welcome and valued member of the Governance Team, and believes this was reflected by her, “communications with them and their attendance at both work and social events.”

“I am sorry they did not feel this to be the case,” Brumm added.

The position of Guild Secretary will remain vacant until the end of the current term on November 30th, after which Secretary elect, Aamna Asif, will take over the position.