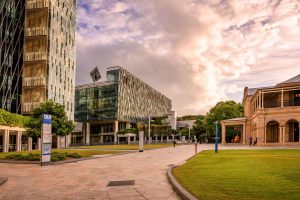 A week before the scheduled start of the school year, Citipointe Christian College required parents to sign an updated enrolment contract giving them the right to expel any student that comes out as LGBTQI+.

The contract describes homosexuality as ‘immoral’, refuses to recognise any claim to a gender identity, and equates homosexuality and bisexuality with non-consensual sexual activity, including bestiality and paedophilia.

“We believe that any form of sexual immorality (including but not limited to, adultery, fornication, homosexual acts, bisexual acts, bestiality, incest, paedophilia (sic) and pornography) is sinful and offensive to God and is destructive to human relationships and society,” the contract reads.

The Queer Collective have publicly decried the contract, stating they stand in solidarity with the LGBT+ students and their families at Citipointe.

“This is obviously inhumane and disgustingly discriminatory,” the Collective’s statement read.

“Being an LGBT+ person is not a matter of choice.

“Our youth deserve to be raised in an environment that at the absolute least does not label them an affront to a God who is held as the absolute moral judgement.”

This stance has since been echoed by the QUT Student Guild, who condemned the enrolment contract for requiring parents to agree to discriminatory statements.

“Unfortunately, discrimination on the basis of sexuality and gender identity is legal for religious schools such as Citipointe,” the Guild stated.

“The Religious Discrimination Bill aims to extend the right to discriminate against LGBT+ individuals to any organisation.

“All students should be able to go to school feeling safe and have equal opportunities to learn and develop.

“No school should be able to discriminate against students or teachers on the basis of their sexual orientation or gender.

“The QUT Student Guild stand with any protests or action against this enrolment contract, the Religious Discrimination Bill and any other efforts to divide Australians and humiliate or denigrate those most disadvantaged in our society.”

A change.org petition started by a former Citipointe student, is calling for the contract to be recalled and has reached over 100,000 signatures.

Organisers argue that Citipointe are, “using their religious beliefs to openly discriminate against queer and trans students, as well as threatening to take away their education.”

A public protest has been organised for the 4th of February at King George Square.