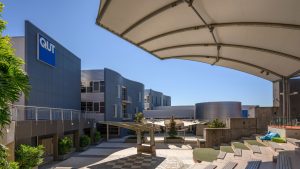 Survey results released last week of forty major Australian universities has revealed one in six students have been sexually harassed since starting university.

43,819 students participated in the National Student Safety Survey (NSSS) between August 2019 and January 2022, and its findings were released to universities prior to being made public last Wednesday.

The report noted, ‘female students (62.9%), transgender students (62.8%) and students who were non-binary or identified as another gender (76.8%) were more likely to have experienced sexual harassment in their lifetime than male students (26.0%).’

‘I feel heartbroken for the students who have been failed by universities and our Federal Government,’ Dr Barnes said.

‘It is sadly unsurprising that student safety and knowledge of formal complaint processes has become collateral damage in the war the Federal Government has waged against universities.’

Queensland University of Technology (QUT) was among the universities above the national average, with one in five (20.4%) of respondents reporting sexual harassment since beginning their studies, and one in ten (11.8%) being sexually harassed in the past 12 months.’

This was the fifth highest prevalence of sexual harassment in universities nationally.

The NSSS survey also collected data on the prevalence of sexual assault in Australian higher education, with data suggesting one in twenty (4.5%) students have been sexually assaulted since starting university.

At QUT the results are just as grim, with the university’s 4.3% rate of sexual assault placing it 19th in the country.

In an email to students, QUT Registrar Leanne Harvey said that everyone who attends university, ‘has the right to feel safe, and to believe they will be treated with respect, dignity and fairness.

‘Any incidence of sexual harassment or sexual assault is unacceptable.’

The report also highlighted that student accommodation and university facilities and events were the most common places for assault and harassment to occur.

Gender and sexually diverse students are in some instances nearly three times as likely to be harassed and assaulted than their cisgender and heterosexual counterparts, and nearly one in three (29.1%) of students with a disability have been sexually harassed in a university context.

Perhaps the most illuminating finding of the survey was the incredibly low rates of reporting within the university, with some case studies suggesting that university mechanisms are completely ill-equipped to handle the task of dealing with campus assault.

‘Our results show that QUT must do further work to increase knowledge of where students can go to make a complaint or seek assistance following an incidence of sexual harassment or sexual assault,’ Harvey said.

The QUT Student Guild said in a statement today that the results of the survey were ‘confronting.’

‘To the many students who have been victims of sexual harassment and assault, [the results] are not surprising,’ the statement read.

‘It is clear that all universities have a long way to go in combatting harassment and assaults on campus.’

‘If you have been harassed or assaulted and are unsure where to go, there are a range of services available such as counselling and medical support at QUT.

‘The Harassment and Discrimination Advisers are a support network to discuss options around sexual assault, sexual harassment, or discrimination.’

Bond University and Australian National University were the worst offenders nation-wide, making up the top two highest instances of harassment and assault.

Download the Safe Zone app to your smartphone or at iTunes or Google Play or via the links on this page qut.to/safezone.