Hit enter to search or ESC to close
ArticlesFeaturesOpinion

Never Rarely Sometimes Always, and the trouble with the Oscars 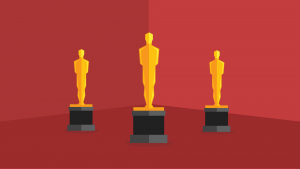 The latest in a long line of Oscar controversies sees a pro-life faction boycott one of the year’s highest-rated films.

Merrill stated, ‘…as a Christian, the father of 8 children and 39 grandchildren. AND pro-life advocate, I have ZERO interest in watching a woman cross state lines so someone can murder her unborn child.”

The film — and its subsequent backlash — is timely, considering new anti-abortion measures in Arkansas and a proposed Florida bill to limit abortion access. It’s no surprise that Hittman’s film has found itself on the front lines of a culture war, given the issue’s divisive nature in the United States.

Merrill even ties himself to the Trump base in his email correspondence, ‘75,000,000 of us recognise abortion for the atrocity it is,’ he states, alluding to the nearly 75 million people who voted for Donald Trump in the November presidential election.

‘There is nothing heroic about a mother working so hard to kill her child. Think about it!’ Merrill continues.

A brief trip to the film’s Metacritic finds over 1,500 negative user reviews (most films on the site have around 100 reviews in total) and an average user score of 0.8/10, as opposed to a critical score of 91/100.

Such negative reviews allege the film to be misandrist, feminist propaganda, with one even suggesting that abortion is a ‘childish desperation to undo the past [that] should not be indulged.’

Whether we like it or not, the Academy Awards assert themselves as gatekeepers of cinema and culture. The absence of Never Rarely Sometimes Always at the 2021 Academy Awards — despite the film’s credentials — is a deliberate whitewashing of contemporary culture by an old guard who are less concerned with the merits of the art they judge and more interested in maintaining the systems that keep them in power.

With recent legislation decriminalising most kinds of abortion in South Australia, and news bills in multiple American states that would wish to further infringe upon reproductive rights, Never Rarely Sometimes Always is current and consequential, and its diminished reach as a result of minimal award show interest comes at the detriment for global pro-choice discussions.

Conversely, the Independent (film) Spirit Awards will go forth in April, and will feature seven nominations for Never Rarely Sometimes Always.