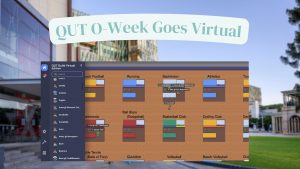 When she heard the news that O-Week would be pushed back by one week and largely not be in person, QUT Student Guild Clubs and Societies Officer Zoe Davidson was in a meeting. In retrospect, she said, it was lucky she had her phone on her, so she could keep up with the eruption of club executives on the QUT Clubs Hub Facebook group.

Davidson did not have any prior warning from QUT about the decision, but when she reached out, she was assured clubs would be given ample opportunity to rearrange their plans. She waited for a week but didn’t hear anything. Davidson eventually made a thread in Clubs Hub to invite questions and concerns from club executives. The post began,

‘Because QUT can only provide one virtual stall during O-Week, the Guild has taken it upon ourselves to organise virtual stalls for clubs.’

Within 24 hours, QUT had complained to the Head of Guild Marketing, and the post was replaced.

‘The Guild is overlooked as a primary affiliate body,’ Davidson told Glass.

The University stressed they were keen to remain an active contributor to campus culture, and that the delayed O-Week was regrettable.

‘Since early January QUT Student Services and Wellbeing teams have been working closely with the QUT Student Guild to plan and deliver a quality O-Week that demonstrates our exceptional student experiences and facilities available to all students,’ a QUT spokesperson said.

‘We are relied on heavily by [QUT] and they acted as if we were disposable.’

‘It was so disappointing to see that QUT didn’t incorporate this core component of student life in their revised O-Week plans. QUT and the Student Guild co-managed one booth at their virtual fair, but we couldn’t get additional funding from the University because that would be a duplication of services. Our hands were tied for no reason.’

‘QUT didn’t take ownership of the calls they made. Their Student Engagement committee doesn’t even have students on it, despite being for students.’

‘The clubs had no voice, and we really had to show them the respect they deserved.’

The Meet and Greet

For anyone not in first year, O-Week can be just another week off – but these few days each semester are essential for clubs and societies.

‘It’s basically where all the new members become involved,’ Davidson tells me, stressing that O-Week events set the tone for clubs for the year to come.

‘That’s the whole thing – that’s the campus culture right there in a few days.’

Last year, the Student Guild hosted in person club mixers at the QUT bars, in an effort to both bring clubs out of COVID induced hiatuses, and to make clubs more sociable. There was one problem.

‘They weren’t as fun,’ Davidson said.

‘They were people standing behind tables waiting for students to come up to them – not the most engaging social event!’

In mid-February, just a few days after hearing the news that an in-person O-Week wouldn’t be possible, Davidson was sitting in on a Guild Coffee-Catch-Up for club executives. That was where she met the executives from the QUT Aerospace Club, the QUT Robotics Club, and the QUT Code Network and where she first heard of Gather Town.

‘And we just started talking for about an hour, an hour and a half, about Gather Town and space, how people would interact with the area. In the end we paid the clubs to create the space, because there was about 30 hours of labour needed to go into it – the behind the scenes work of designing and fitting out the space with virtual stalls.’

The result was a virtual O-Week experience hosted by Gather and the QUT Student Guild.

So, what exactly is “Gather”? Gather is an online multimedia platform that brings anything – from a games night to a webinar – to life in a 2D animated world. Town is a web-conferencing software like Zoom, but with the added component of seeing the virtual room you are occupying. Together, they make up Gather Town.

‘The Gather Town was a safe, inclusive space that sometimes the campus can lack,’ Davidson said.

‘It gave us the opportunity to engage in a different way to normal. You were able to walk into a space with everything laid out for you.’ 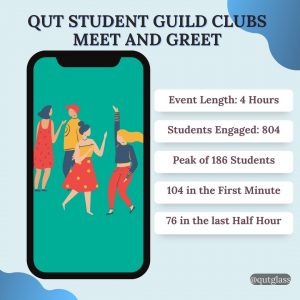 ‘The platform made the event more engaging. With COVID still a risk, having it online made it a safer space; available and accessible for everyone no matter their situation.’

But many club executives hung around for much longer, and many visiting students were able to visit a range of spaces, including a very popular chat roulette and Collective’s spaces.

‘By the end of it there were about fifty of us all in one big group,’ Davidson said.

‘The Gather Town gave us so much more freedom than an in-person event normally would. Instead of carrying things and standing at stalls all day, club execs just had to log on.’

‘We were able to be more flexible with Gather Town with attendance, and just getting involved with socials and clubs more generally.’

‘Reality Labs, a VR group, didn’t quite affiliate with the Guild in time, and that would normally mean they couldn’t attend. But having it on Gather Town meant they didn’t have to be affiliated to take part.’

Meet and greets can be daunting for first year students. With thousands of people pushing through crowds during the O-Week and Week 1 markets and events, it can feel easy for anyone to become lost among waves of students.

‘They didn’t even have to turn their cameras on if they didn’t want to,’ Davidson said.

‘The relationships between students, and clubs, and the Guild has been pretty transactional in the past. I’m really glad that now clubs can see us as their voice at uni.’

In the end, it was the highest ever attended Guild event, with well over 500 students engaged.

‘We’re looking forward to physical initiatives,’ Davidson said, ‘but we will definitely try this again. With more time to plan there’s so much we can do even better.’ 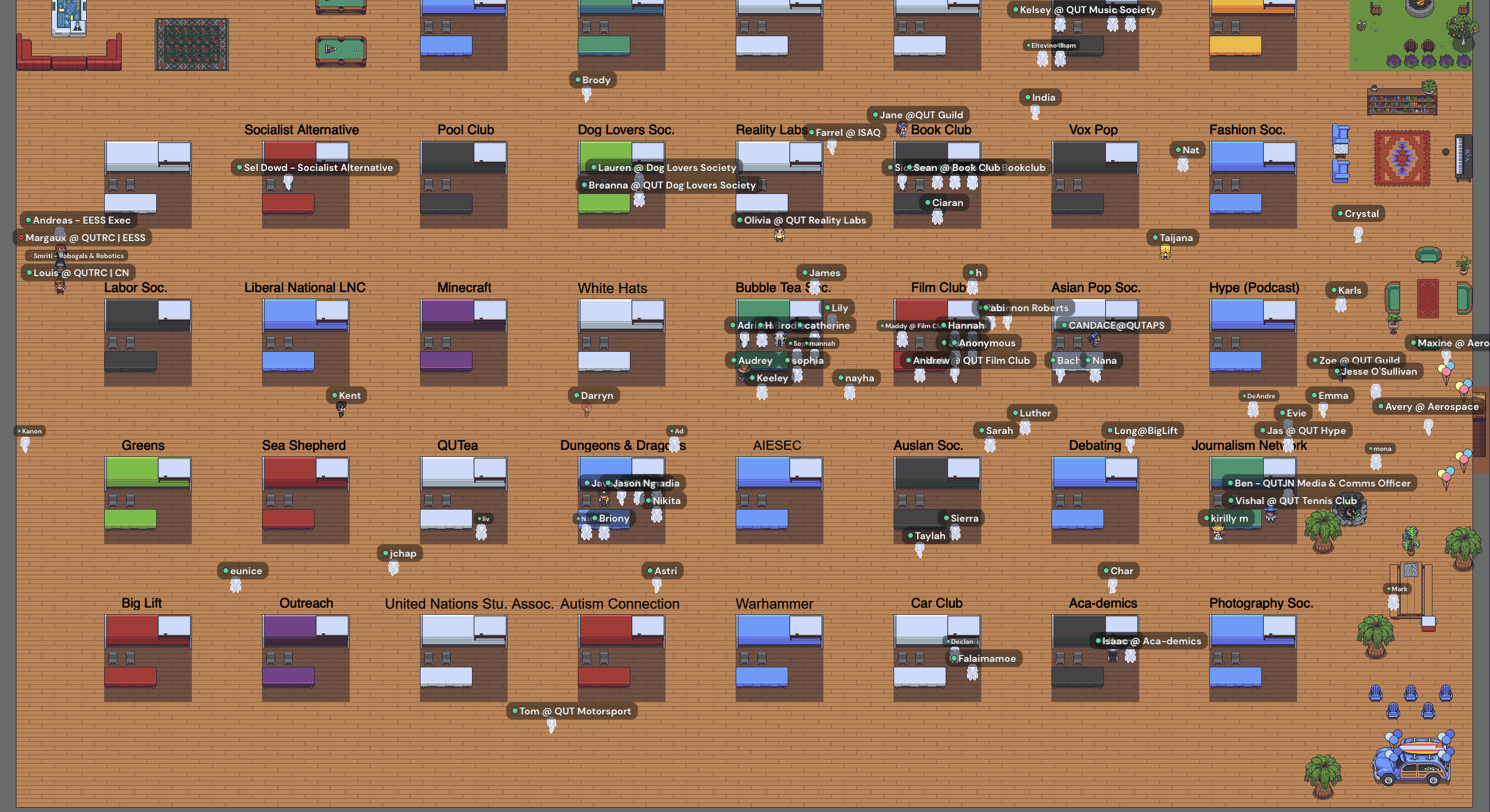