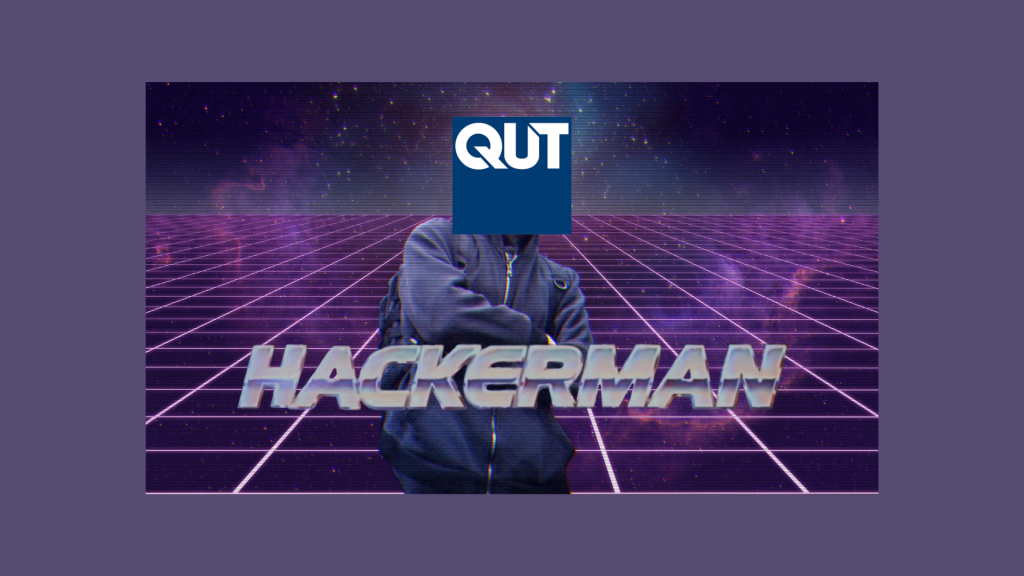 On the 2nd of December, all middle year QUT students received an email from a person purporting to have recorded the recipient viewing and relieving themselves to pornography. In exchange for a modest sum of $1490 USD, the sender ‘guaranteed’ to delete all search history and recordings on their record. This email was disseminated to official QUT student email accounts. Glass would like to stress that the email was a scam, and did not hold any truth.

The email, titled ‘Request for a deal’, was not well-received, with several students ‘replying to all’, giving the original sender a piece of their minds. Many responses included memes, and one sender claims their parents are ‘in the high court of Australia’ (sic.) and had ‘relatives in the police department that specifically target these emails’. Another student responded, ‘how about a slab of XXXX Gold and we can call it even’.

The cesspool of replies then escalated to ill-humoured threats of sexual assault, with one student repeatedly stating what they wished to do to the original sender’s relatives. Some of these responses were arguably worse than the original email and cannot be shown in this article as Glass does not wish to condone the threats of sexual assault or provide the writer any more airtime. These crude and vulgar responses were in the minority of replies with the vast majority of responses being tongue-in-cheek responses or memes.

Normally, when a student replies all to an official QUT communication, these responses are suppressed from the inbox of other recipients. This was not the case with ‘Request for a deal’. The hundreds of replies annoyed multiple students, as the lewd responses were distributed to a significant number of inboxes. With each reply came another push notification.

One student published a post on Stalkerspace explaining how to remove the emails from your feed, “if you’re receiving the vile ‘reply all’ emails from students that think they’re being funny, right-click the email and ‘create rule’ to send all emails with that subject line to junk or deleted items.”

As knowledge of the email and the replies spread across the QUT student community, some students began commenting on and criticising the responding students, stating that the students who responded were endangering their enrolment by hitting reply all. This understandably caused panic amongst students, especially those who responded with jokes. 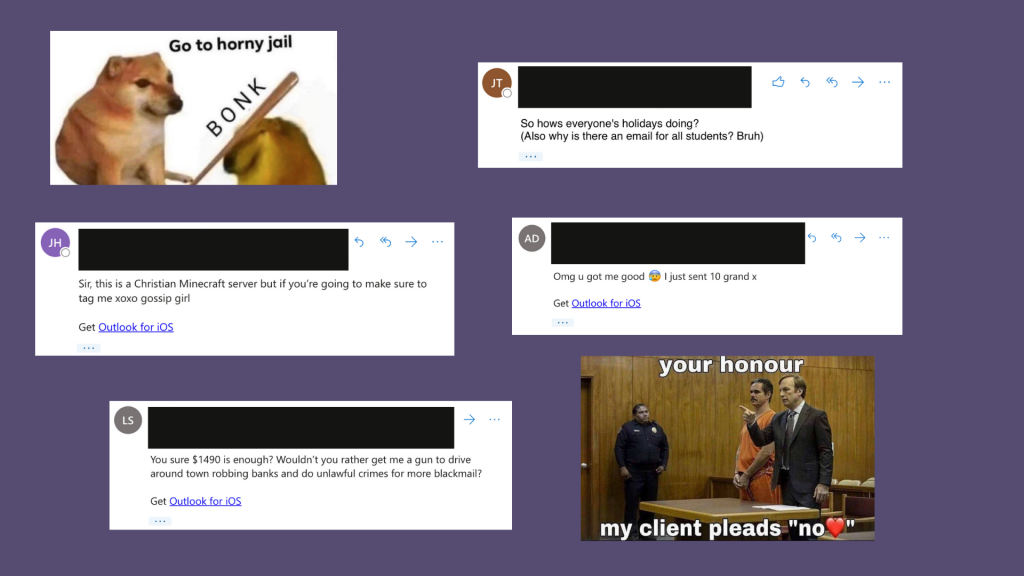 Can you really get in trouble for hitting ‘Reply All?’

Yes and no. Depends on what you said. Glass contacted QUT Guild Student Advocacy to inquire about the legitimacy of these comments. Guild Advocacy confirmed that thus far no one had contacted them regarding the email or their responses, and no one has received correspondence from QUT. Please contact Glass if this has happened to you, as a majority of the replies on the email chain does not amount to serious misconduct. However, the Advocacy Officer did confirm that some of the content could have breached the QUT Manual of Policies and Procedures. An excerpt of the relevant section is below:

1.11.5 Unacceptable use of information and communications technology resources

Any of the following activities constitute unacceptable use of the University’s ICT resources:

Breaches of the MOPP can result in having to attend a student misconduct hearing. The penalties if substantiated vary, however they can range from being banned from the university’s ICT resources to being permanently excluded from QUT. At present, it does not appear that any student has been contacted by the university for their response to the email. However, as students responded from their student addresses, their full names have been attached to their responses, making it unfortunately simple should any action be followed up. If anything, this event is a lesson in keeping out of email threads, especially in a university setting.

Is QUT responsible for the sanctity of your inbox?

Let’s say you actually paid the scammer, and wanted to sue QUT for failing to protect you from learning some common sense. What happened on the 2nd did not constitute a business email compromise or phishing scam. While the email may have passed through QUT’s spam filters, it was sent from a (likely compromised) Italian tax accountant business, which did not impersonate QUT or make a representation that it was acting on behalf of QUT. Liability of course is on the criminal, who likely lives overseas.

Glass has spoken to several students and enquired within Stalkerspace on the aftermath of the email chain. At the time of this article, Glass is not aware of any students who have been contacted by QUT following their engagement in the email thread. It also doesn’t appear that any student bought the scam and sent money. We await to see the outcome.