‘The Letter Elle‘ is the project of Brisbane-based musician and producer, Elle Emery. Originally from the Sunshine Coast, Elle began playing around South-East Queensland in 2016. The Letter Elle takes influence from a myriad of styles. Her powerful vocals depict aspects of jazz and soul. We asked The Letter Elle five questions about their artistic process for the 2020 Uni Writers’ Festival.

FIVE QUESTIONS WITH
THE LETTER ELLE 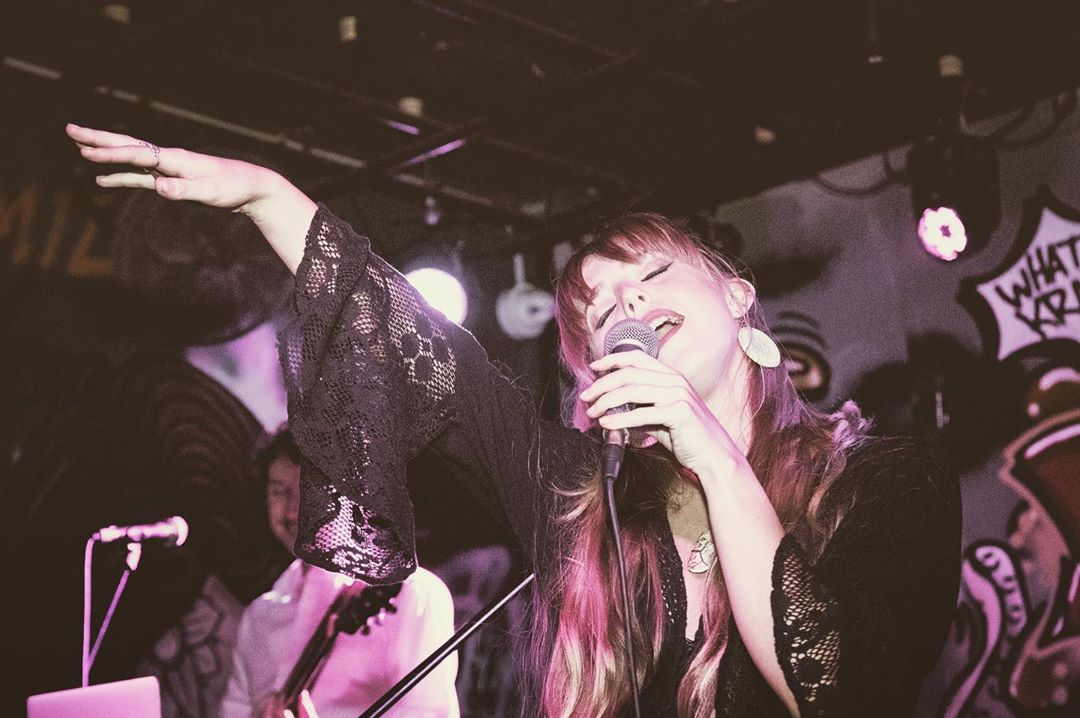 What is your songwriting process like? Do you have a specific process to go through or is it more spontaneous?

I don’t have a specific process – each song happens in it’s own way and I very rarely ‘try’ to write a song. Sometimes it will be an idea that comes into my head, sometimes I’ll play around in ableton and just end up with a full song.

Are there any artists who have particularly influenced your songwriting style? In what ways?

I take influence from SO many artists both big and small who have shaped my sound. I was classically trained as a singer and so have experience in classical and theatre singing. This definitely brings out the complex vocal lines I write in my songs! But I also take influences from my favourite artists like Matt Corby, Meg Mac, Sahara Beck and Jordan Rakei. I also take influence from smaller local artists such as FELIVAND and Sycco who are producing some incredible tunes! I also find that the more artists I collaborate with, the more styles I have to influence my work. My favourite way to grow as  an artist is by collaborating and working with others!

Do you find you have any specific topics or situations that keep inspiring songs?

I think it depends on the mood I am in. I tend to write a lot about enjoying the simple things at the moment. It seems to be the theme of 2020 for me! I don’t necessarily have a specific idea that I constantly come back to though, but I’ll have trends. Last year I wrote a lot about my concern for our planet and the impact of climate change, and if I’m going through something I’ll write about that for a while.

What do you find harder to write – lyrics or music?

I write both at once! It all comes to me in a big jumble and I never really get just lyrics or melody. I think the hardest part would be deciphering the chords I write because I often write some complex/jazzified chords! However, sometimes I like to start the song from an instrumental perspective so it’s really dependent on the song itself.

Pick a song that you wish you had written and tell us why you love it!

‘No Ordinary Life’ by Matt Corby is INCREDIBLE! I absolutely love the song, the meaning behind it and the complexity of the chords. It’s such a great piece and his production is incredible. He also played so many of the instruments on that album so it’s pretty awesome!!

About Vermillion: Vermilion Records is a not-for-profit, student-run record label based out of Queensland University of Technology in Brisbane, Australia. Their roster of young, emerging talent are current students and alumni of QUT.