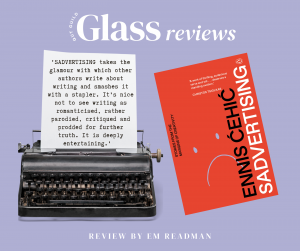 The book’s front cover types itself as ‘Stories from the margins of creativity.’ I can’t fault the sentence for a book of short stories written by a copywriter. That’s precisely what this book is.

The premise of SADVERTISING is a collection of short stories that are clustered due to their protagonists all engaging in adman life, as UXs, UIs, Account Managers, Art Directors, and of course, the humble Copywriter. (This is a lie, copywriters are never humble, we need praise to keep typing) Ćenić takes their lives and waves past the glamour and pomp with which we describe our careers and lives and digs his heels in. Some stories last for a page and a half, some stretch beyond the university-prescribed 2000-word story length, and some fit in the in-between of fleeting and filling. As someone who occasionally struggles to wade my way through verbose and muddy prose, this book is zesty and audacious, like an office tour on your first day. He is your supervisor who pulls you through the office on a light jog, urging you to keep up and keep your wits about you.

I love Ennis Ćenić’s writing because it plays with form and genre. No story is like the other. If you’ve ever been to a literary salon, class or festival with me, you’ve heard me ranting about the modularity of writing and how being confined to a singular form is suffocating. Ćenić nimbly changes the perspective of persons in the piece, shifts the narrator’s reliability during a narrative, and directly addresses you, the reader. Sometimes he explains characters’ lives to us like we are gossiping over a water cooler, and sometimes he places his hand over ours on the gearstick and lets the reader drive. There are 50 stories in this book, three of them being a part of one series – ‘Meta Ennis’ – which I would characterise as a warped memoir, a half-truth.

I carried the book with me for two weeks, intending to read pieces of it everywhere I went. Subsequently, the page edges are scuffed and warped, the spine is cracked, and the cover does not quite close properly. However, I read the bulk of the entire thing in one sitting, the only other time I read it was to flip through and read aloud a few of the shorter ones to a graphic designer friend of mine, who should have been the one to review this book, honestly.

Her take: fuck me, that is brutal. I love it.

Some pieces that stuck out to me, in particular, were ‘Horror vacui’, ‘Ad Nauseum’, ‘Brand of the Living’, ‘Side Hustle’, ‘P.A’, and ‘Gorilla 2.0’. Despite being so heavily concerned about the intersections of advertising, technology and the digital detachment from the real world, these pieces are deeply human. I read ‘Snoop’ on a plane trip from Brisbane to Perth, and I think it would be my favourite piece in SADVERTISING, purely because it brought out the same kind of ‘gotcha’ joy that I would get from the juvenile horror I used to read as a kid.

In terms of relatability, if you’ve worked in advertising, marketing, writing or the like, you will feel familiar with these characters, almost uncomfortable. Because you’ve met them, the confident, the pathetic, the annoying. They’re in every agency. If you haven’t worked in advertising, you’ve also met these people because people who work in advertising cannot shut up about their jobs to save their lives. (This is self-deprecating because I, too, cannot shut up about my jobs or my writing). I personally wish I could align myself with Ivo from ‘Brand Manifesto,’ but right now, I fit snugly in the copywriting team in ‘Contenting’. I’ve worked as a copywriter on and off over the past five years, and there’s a fine line between where this book ends, and my life begins. There’s a novelty in reading short stories that are so closely aligned with my life outside of the book; in the same way, I feel that law students would get a kick out of watching Suits.

Throughout the book, I couldn’t help but think of the muses of SADVERTISING, the people behind the assigned character names. I would assume that they and the muses of John Birmingham’s He Died with a Felafel in His Hand read the pages of their respective books in the same way. As they flipped through the pages and found who they believed to be themselves, I imagined some of them feeling their flattery turning to anger. The kind of anger where all you can do is rip out the page and throw it in the waste bin because to complain is to expose themselves, which advertisers would rather die than do. (It’s a long-standing rumour that a number of the ‘characters’ in HDWAFIHH are current lecturers at QUT, I’ve been trying to guess who for a long time).

SADVERTISING takes the glamour with which other authors write about writing and smashes it with a stapler. It’s nice not to see writing as romanticised, rather parodied, critiqued and prodded for further truth. It is deeply entertaining.

Towards the end of the book, the ‘sad’ of SADVERTISING really comes into the limelight. Ćenić, for lack of a better word, advertises himself in ‘Meta Ennis: III’, solidifying himself as less of a fiction writer and more of a memoirist through observation, taking the reality of office life and his own life and moulding it into fiction. There is so much about Ćenić’s life I can’t hope to understand, yet he graciously shared it with me. Although, it is not my story to relay to you in a review, so just go buy the book.

My friend Hasib once told me that with writing, you can give away secrets of others when you write, as long as you give away more of yourself. Ćenić has achieved that with grace, wit and enough audacity to keep things interesting. 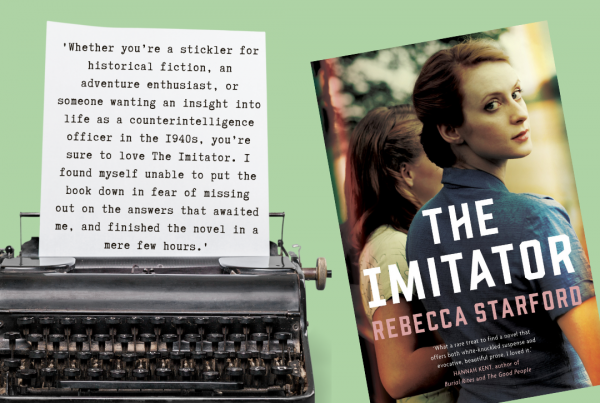 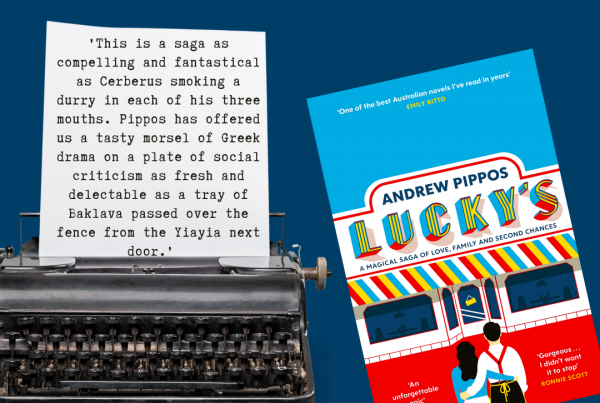 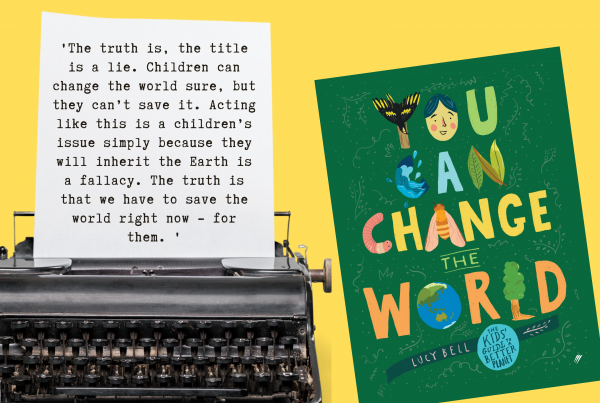