Hit enter to search or ESC to close
ArticlesGender & SexualityNews

Another One! Citipointe Under Fire for Anti-Queer Employment Contract 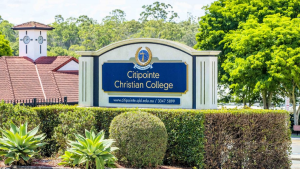 Teachers at Citipointe Christian College on Brisbane’s south-side are being required to sign employment contracts that would allow them to be dismissed for being openly homosexual.

The threat surfaces just a month after the College revoked enrolment contracts that implied homosexual and transgender students are ‘immoral’.

This statement of faith required described homosexual acts as ‘offensive to God’, and eventually lead to the resignation of the principle, Pastor Brian Mulheran, amid public outcry.

‘I hope that by withdrawing the contract we can return all our focus to the Christian education of our students,” Mulheran said at the time, asking for the public to give the school ‘time to heal’.

But in an exposé published by The Guardian Australia today revealed the conditions of employment associated with each new teacher’s employment contract.

The contract offer obtained by The Guardian is dated after the withdrawal of the enrolment contract, and states that, ‘it is a genuine occupational requirement of the college (sic) that the employee not act in a way he knows, or ought reasonably to know, is contrary to the religious beliefs of the college.

‘Nothing in his/her deliberate conduct should be incompatible with the intrinsic character of their position, especially, but not only, in relation to the expression of human sexuality through heterosexual, monogamous relationships, expressed intimately through marriage.

‘Your failure to abide by such requirements expressed in the above clauses could constitute a breach of your employment contract and subsequent dismissal.’

While the Anti-Discrimination Act 1991 (Qld) allows for religious bodies to discriminate in circumstances where a person ‘openly acts in a way that the person knows or ought reasonably to know is contrary to the employer’s religious beliefs,’ it is understood by Glass that the wording of this contract may be legally problematic.

‘My legal opinion is that this contract is likely to be found unlawful under Queensland anti-discrimination laws,’ Matilda Alexander from the LGBTI Legal Service told The Guardian.

‘It seeks to prohibit conduct that is not in connection with the workplace by stopping an employee acting in a way that is contrary to the religious beliefs of the College, whether or not this is done openly.

‘This is far beyond the power of any employer in Queensland.’

It is understood that at least one person has lost employment due to this clause of the employment contract.

In light of this development, the QUT Queer Collective again condemned Citipointe, saying these policies are inherently damaging to the queer community.

‘The bigotry directed at the LGBTQIA+ community is evident in Citipointe’s multiple attempts to remove our community from their school,’ the Collective said in a statement on March 21st.

‘Last time we demanded protection for our children; this time, we demand that adults are defended too.

‘This newest contract targets lesbian, gay, bisexual, and pansexual staff, and goes above and beyond trying to pass off discrimination as legal.’