Hit enter to search or ESC to close
ArticlesNews 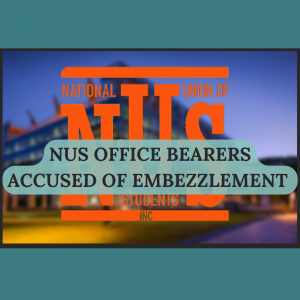 National Union of Students (NUS) Office Bearers have allegedly mismanaged the organisation’s finances through a contract created in 2021, to the tune of nearly $10,000.

Mahal is alleged to have then hired 2020 NUS General Secretary Samuel Roberts to be a ‘consultant’ on the project, which Glass understands to have been a unilateral contract.

Despite no longer being an office bearer at the NUS at the time of payment in early 2022, Mahal continued to have access to NUS accounts and paid the full amount to Roberts.

The QUT Student Guild is an affiliate member of the NUS, and has six delegates to the NUS.

The NUS, who on Tuesday the 12th resolved to pursue legal and financial handling advice, elects Office Bearers annually at a National Conference who represent university students at the peak national body of Australian students.

The union has previously been accused of factionalism and unaccountability by previous members, and in 2013 independent auditors TLConsult authored a report that cited NUS’ ‘inflexible factional system’ as detrimental to the organisation and resulting in an ‘historical accounting approach out of step with modern financial practices.’

Factional allegiances have been noted as a significant hurdle to accountability within the union, with Student Unity (Labor Right) and National Labor Students (Labor Left) tending to occupy nearly all to all elected positions.

Current office bearers expressed concern as to how this scandal could impact the union’s perceptions nationally, particularly given their planned campaigns to increase SSAF (Student Services and Ammenities Fee) allocations.

‘We are a union of our members.’

The NUS is currently pursuing legal advice, and therefore are not commenting further on these allegations a this time.