Hit enter to search or ESC to close
Environment

Humans need oxygen to breathe. 21% of air is oxygen and if you ask most people where that oxygen comes from they will tell you trees and plants. Whilst this is true, photosynthesis in plants and trees consumes carbon dioxide and produces oxygen, its only a small part of the story.

The oceans cover 70% of our planet and the generally held wisdom is that 70% of the planets usable oxygen is generated by the oceans. Think about that, if you take three breaths, two of them come from the seas. Corals, seaweed and tiny organisms called phytoplankton consume carbon dioxide and generate vast quantities of lovely oxygen to maintain life on planet earth.

So that’s great news, what’s the problem? The problem is that humans are systematically killing our oceans.

For the oceans to thrive and continue creating oxygen for us they require balance. The ocean is a delicate ecosystem with complex food chains and biodiversity that is easily disrupted. There are currently over 2000 endangered species in our oceans and they all rely on each other.

Whales are huge intelligent creatures that can consume upwards of four tonnes of food per day. This in turn leads to them excreting over 200 litres in every bowel movement. This whale dump is manna from heaven for plankton which is in turn a valuable food source for a diverse range of fish and marine mammals. It’s the watery circle of life. Whilst global whaling is not the issue it used to be, with Japan having to subsidise its fleet to keep them in operation and Iceland not operating for 2020, whales are the victims of other silent killers.

Ocean pollution in the form of shark nets, ghost nets and plastic pollution is killing whales and other marine life across the planet and here at home in Australia.

There are three vast piles of trash gathered in the oceans where the currents push floating debris together. The Great Pacific Garbage Patch is the largest of them and in 2017 a 2 year study was made to ascertain the size of the problem. The patch lies in the ocean between Hawaii and California and in places cannot be sailed through. The scientists took over 1.2 million samples and examined data from the air and the ocean and the conclusions are;

Every year the effects of waves and sun breaks down more of the plastic into microplastics that find their way into the food chain and are eaten by animals and humans.

The plastic pandemic can be seen on every beach and shoreline in on the planet. Sea Shepherd beach cleans on the sunshine and gold coast typically bring between 50 and 100 kgs of waste from seemingly pristine tourist beaches. Until we stem the tide of single use plastics and waste entering the oceans, things can only get worse.

Other sources of pollution globally are adding to the problem with ocean acidification becoming a real issue. The burning of fossil fuels, use of chemicals in farming and other industrial pollutants are increasing the acidity of ocean water. This leads to problems for marine life such as corals and crustaceans.

Other climate change implications such as warmer sea temperatures can lead to coral bleaching. This makes the coral less effective at producing oxygen (up to 20% of the ocean oxygen supply). Eventually the coral can die which can take years and sometimes decades to recover, and only if the symptoms are reversed.

Another problem for our beautiful oceans is fishing. I’m not talking about guys with rods or even sport fisherman, although fishing for sport is not something I am keen on. What I am talking about is the chronic over fishing and illegal fishing of the oceans. Whilst some species seem to be in abundance, we come back to the balance of the ecosystem again. If you fish an area heavily, the stocks start to deplete and cannot be maintained. Not only is this devastating on the fish in question, but the larger fish that would normally feed on that species are either displaced or starved themselves. This can have knock on effects that cannot be measured till years later, not to mention all the turtles, sharks, rays and dolphins that are captured and killed as bycatch of these factory fishing operations.

One problem that is coming to the fore now due to the current global pandemic is the problems associated with fish farming. These operations are set up to grow fish, in huge numbers, in cramped conditions, using methods very similar to the battery farming of chickens. The fish are treated with medicines and chemicals to try and manage the tightly packed communities and this leaks in the local ecosystem, along with pollutants from the uneaten feed and increased excrement from the fish in the pens. Many of these facilities have seen increases in diseases and parasites that have escaped into the local ecosystem and decimated local fish stocks. Its only a matter of time before this makes the leap to humans through consumption.

It all paints a bleak picture for our oceans, the planets lungs, and we need to focus our attention on how to improve moving into the future. Maslows hierarchy of needs outlines the desires and goals that allow us to live full and contented lives. The first need is for air, water, food and shelter and yet we continue to abuse our planet and oceans like its not important.

Our founder, Paul Watson, once shared with me an analogy that has stuck with me and I will finish by sharing it with you.

Imagine you were on a spaceship as a passenger on your way to Mars with 20 other passengers and one crew member. The crew member had one job. To fuel and maintain the life support systems that keep all the passengers alive until you arrive on Mars. Would you steal the fuel from the crew member and try to injure or kill him, knowing that to do so would lead to your death? Of course you wouldn’t. The planet IS a spaceship, our only spaceship. The oceans are our life support (70% of our oxygen) and the sharks and whales and fish and turtles and crabs are our maintenance crew.

If humans die, the oceans thrive.

If the oceans die, we die.

We need ocean warriors who get it to start to make a difference and turn the tide, that could be you. 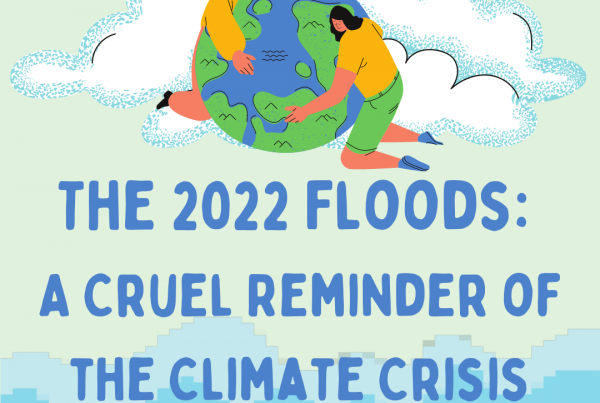