The 8th of October Guild Council meeting saw the rejection of major constitutional reform with lengthy debate surrounding the changes.

Other motions moved at the meeting concerned club banking issues, highlighting preferred pronouns at future meetings, and a collection of actions from Indigenous Officer Joseph Ingram regarding Indigenous issues.

Read on for summaries of these motions and find the minutes here.

Liam Blair is also a member of the QUT Creative Industries Society executive.

Creative Industries Councillor William Kroger moved that there were issues with how club banking was being managed by Guild Treasurer Lewis Holmes, specifically in regards to a recent QUT Creative Industries Society event Cr Kroger helped to organise.

“We asked for funds above [$1000] to be processed in the early stages of event planning and about a month later, found out it was still pending authorisation while we were told it was to be processed promptly,” the motion said.

According to Cr Kroger, other clubs have had similar experiences and his motion asked for consultation with clubs to prevent future issues as well as an apology.

“When the motion was originally raised there were problems with the club banking approvals which we acknowledge and for which the Guild apologises for, unequivocally,” he said.

Mr Clayton said that Mr Holmes “has other responsibilities, including his University study,” and has “relinquished the responsibility for the club banking and it was transferred to the care of permanent staff members so that there would always be someone able to respond.”

Women’s Officer Cameron Mackie moved a motion without notice that Council members should have the opportunity to disclose their preferred pronouns at the beginning of meetings, as well as to avoid being misgendered in the minutes.

Indigenous Officer Joseph Ingram moved seven motions at the meeting that are listed below.

Officer Ingram moved that “at the beginning of procedures, meetings and other events, acknowledgement to country and the traditional custodians of the land must be performed.”

In the second motion, Officer Ingram moved that “any discussion involving Indigenous or Torres Straight Islanders in terms of constitutional change for better or worse must have an indigenous representative present.”

The third motion stated that “Indigenous issues and advocacy must include and gain approval from a representative member of the Indigenous community.”

This motion concerned the two people elected into the position of Indigenous Officer, and is intended to “avoid having one gender occupy both seats at the same time.

“For example, having two males in both seats is not allowing for female Indigenous voices to be heard.”

This motion was to “take steps as an organisation to start the process of beginning a RAP.”

“Sobah is a non-alcoholic craft beer which is trying to break down the stigma of socialising sober. You can enjoy a unique tasting non-alcoholic adult drink when out with mates. Additionally, its aim [is] to raise cultural awareness and promote Aboriginal arts, language and history through the Sobah range. They are based in the Gold Coast region aka Yugambeh country,” stated the motion’s preamble.

Officer Ingram moved that the non-alcoholic beer should be stocked at the Guild bars on both campuses.

Officer Ingram said the presence of Indigenous art on campus at QUT was “pathetic”.

He moved that the Guild, in collaboration with QUT, should “increase the presence of Indigenous people and their art through different muses.” 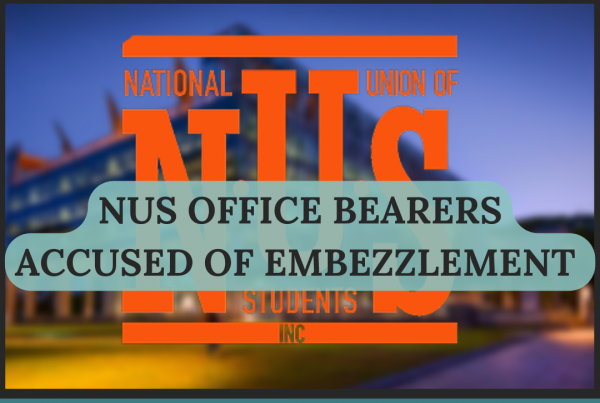