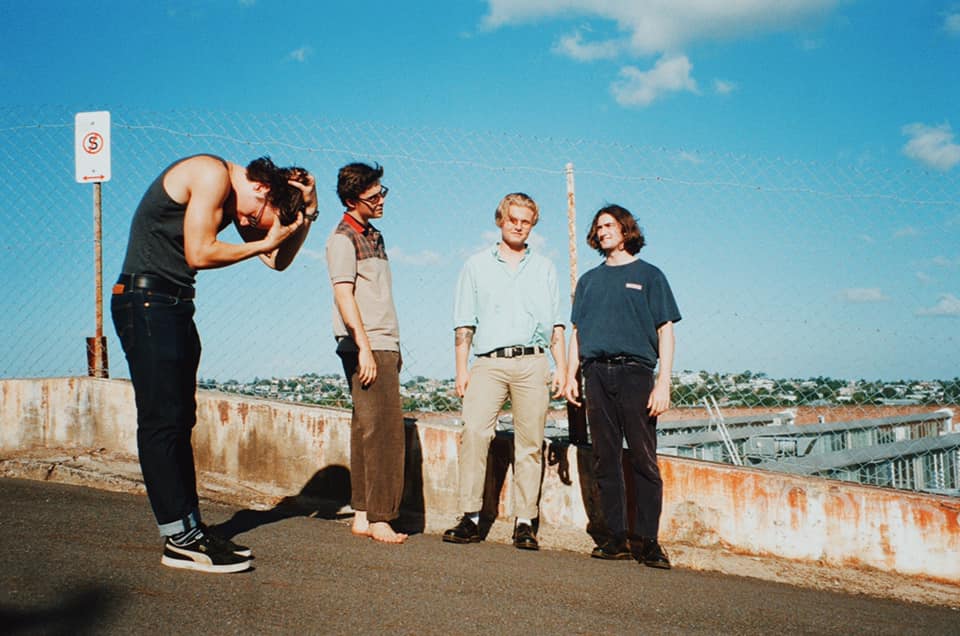 There’s a new competition on campus and my little local-music-loving ears are very happy about it. As a build up to their new Garden Sounds Festival (October 3), the QUT Guild have introduced a six–week Battle of the Bands comp featuring three different acts every Thursday.

The Bot Bar is their battle ground, the patrons decide their fate and playing Riverstage alongside headliners Kingswood, Running Touch and Delta Riggs at the festival is their prize.  Pretty darn spicy. 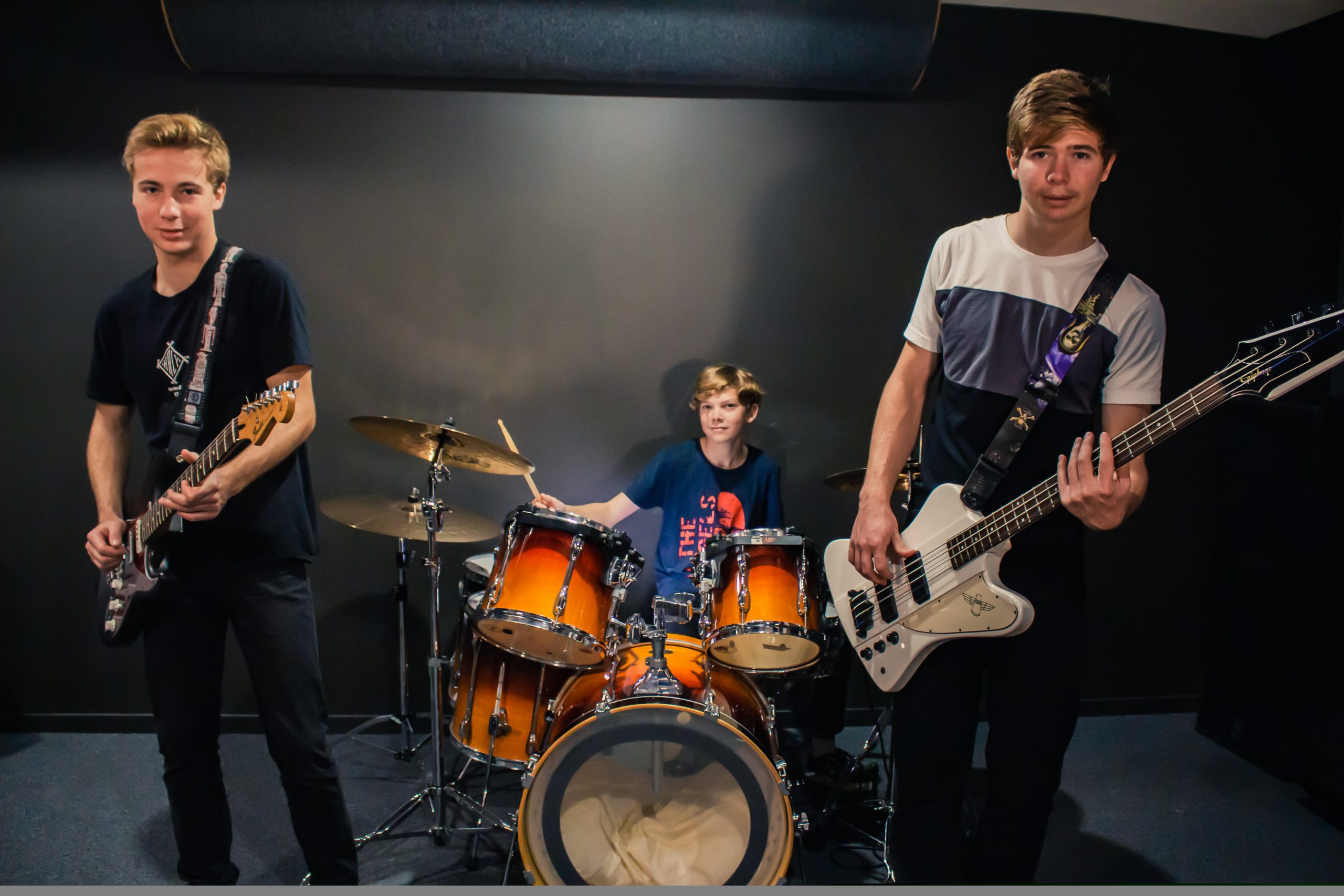 “Yeah, and they’re all brothers.”

Seeing the musical harmony that is Claiming It Anyway play live is witnessing the rebirth of Lifehouse in Hanson form.  Just picture three blonde brothers who have truly finessed the classic Rock ‘n Roll sound of bands formed decades before they were even born and you’ve got a solid idea of what this trio is all about. I know that’s a lot to digest but so was the insane talent of the very first band to compete in the Battle of the Bands.

Yes, they are all brothers. Yes, they all surf. And yes, the small wizard behind the drum-kit skipped his eighth-grade science class in order to perform.

Curt Luxton is an engineering student and leading man of this rock and roll group consisting of younger brothers Scott and Mitch who play bass and drums respectively. Even with Curt being the oldest member at 19 – and the only brother out of high school – Claiming It Anyway manage to send a wave of nostalgia over listeners for 80’s to early 2000’s classic rock.

Each grew up learning different instruments and quickly developed a passion for music – it was somewhat inevitable that these brothers would one day come together to combine their talents.

The boys spent several years casually making music together before officially forming a band in 2017. Fast track to now and the young group have booked numerous local gigs and even released an album of original songs that reveal their appreciation for the classic rock artists that influence them (particularly the Foo Fighters and Jimi Hendrix).

Keep your eyes peeled and ears open for Claiming It Anyway’s new album due next year.

Follow these talented brothers on their socials and Spotify:

Big Dinner served a pretty tasty meal for Bot Bar patrons Thursday night, taking out first prize for heat one of Battle of the Bands.

Members Rory Watkins, Tom Jones, Charles Henzell, Kris Muller and guest-Saxophonist Simon Hatton dished up a main course that tasted a little like Mac Demarco with a side of Skeggs. The result? Dreamy rock tunes filled with soft-as-butter vocals and an abundance of funky guitar riffs.

Big Dinner was first created as an alias for Rory, a Creative Industries student, to release his own music anonymously. Soon enough his best friend Tom, a student at the Jazz Music Institute, was introduced to the project to play guitar and then Kris, who is studying engineering, on bass.  After a few months of releasing tunes on SoundCloud for close friends to enjoy, Big Dinner was offered their first gig in March of last year – playing covers for their mate’s 80s-themed house party.

In what can only now be described as fate, Charles matched on Tinder with a good friend of the trio and was invited along to the party. After noticing that Rory was both playing the drums and doing vocals, Charles made an offer to these complete strangers to help out.

“I was just some random person there and I was like let me play the drums. Then we just started jamming together and everyone loved it,” Charles recalled.

A week had passed before Charles was officially invited to be the fourth member of Big Dinner. They went on to play house parties for a few months more until finally knuckling down to write original songs and land their first gig in The Valley.

The boys are currently working on their first EP and with backgrounds in jazz, death metal and everything in between there’s no doubt that it will be filled with a unique mix of tracks.

Follow Brisbane’s most wholesome Tinder success story on their socials and Spotify: 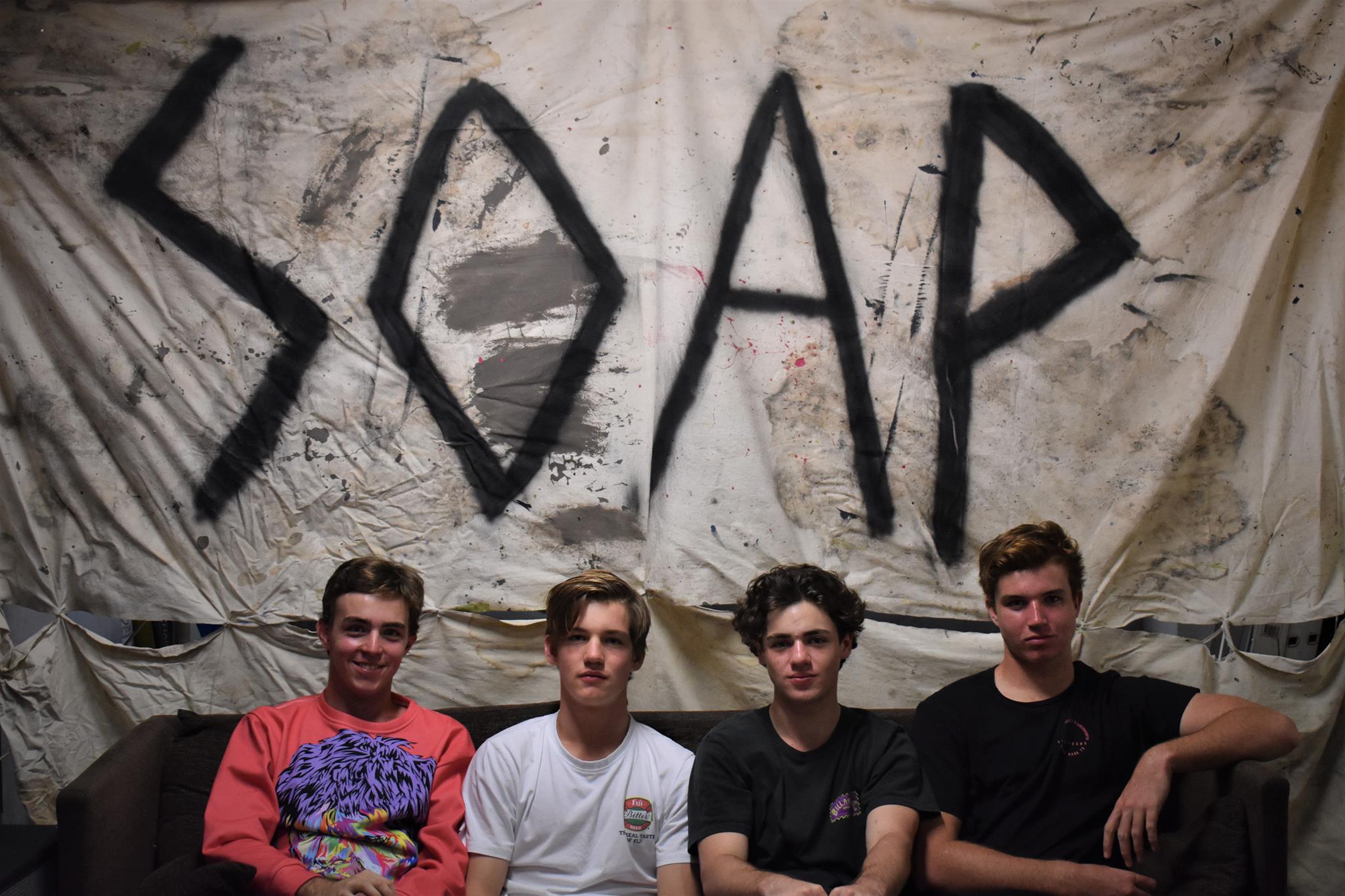 When a band prefaces their last song of the set with “just get a little fucking weird” you know you’re in for a delightful time and that is exactly what SOAP provided.

The final act for the night consisted entirely of QUT students with Tom Megalos on vocals and guitar, Matt Norrish also on guitar, Spencer Jackson on bass and Tyler Hocking on drums.  They ended the evening on an absolute high with their witty stage banter and psych-rockesque tunes provoking the first-ever recorded* mosh in the Botanic Bar.

SOAP started as a bunch of school mates playing covers together at house parties in 2017 but by the time they graduated high school the following year they’d begun producing their own original tracks.

“The consistent theme would be that [our songs] don’t really sound the same,” Tom said when asked to describe the band’s music, adding that they’re influenced by a range of different genres and bands.

Being fresh out of high school and less than a year into their uni courses, SOAP are focusing on perfecting their music for now and are hoping to release a single by the end of the year.

Follow the adventures of SOAP on their socials and SoundCloud:

Feeling the FOMO? 🙁 There’s a still a few weeks to go! Check the QUT Guild’s facebook to keep up to date.