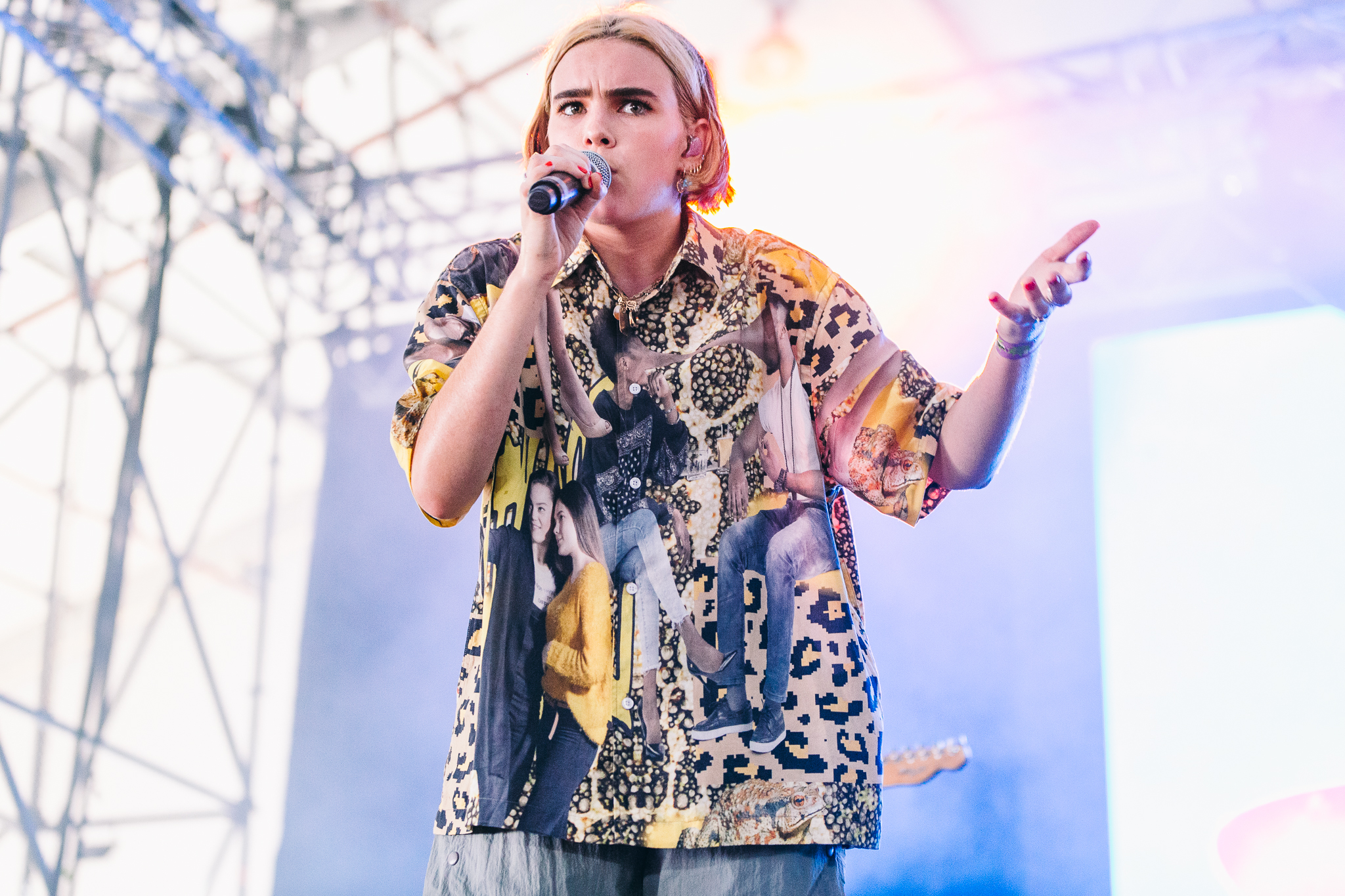 Let’s face it most of us love to belt out Untouched by the Veronica’s at a party, get excited when the classic Kylie Minogue songs play and need no coaxing to perform a choreographed Lizzo number. However, can you name 12 kickass 21st century female singers and include some Aussies that aren’t Tash Sultana and Amy Shark? Maybe you can but in case you can’t, I’ve done the research for you. Now you’ll always know how to answer if this ever comes up as a trivia question.

Not only is she an amazing singer but her songs are just as memorable with her line “And I spend so much time eating pasta” from her song (well you may have guessed it) Pasta that is relatable to most people. In all seriousness, her music is very real and tackles things we’ve all been through. Someone not listening to you? Check. Feeling lost? Check. Not wanting to rush into anything? Check. Angie’s lyrics are full of gold one-liners and a bonus is listening to it will probably make you feel like you’re in an indie movie.

You may know her as our 2020 Eurovision singer who wore a tutu around her neck or that girl with the good voice from that Aunty Donna video, but Montaigne is so much more. She has a powerfully unique voice and her songwriting does everything to highlight this. My favourite song from her is Because I love you; it encapsulates the feeling of knowing someone is bad for you but loving them anyway in an entertaining pop bop. Montaigne is a must listen to for fans of Marina and the Diamonds.

With a haunting beautiful voice and the most calming songs, Julia Jacklin has got you covered when you just want to chill out. She’s definitely got a unique style of music that is borderline folk, pop and a pinch of country. Pressure to Party, Head Alone and Pool Party are brilliantly written songs and their video clips, although polarising compared to the lyrics, are just as iconic. Julia isn’t afraid to get deep with her music which makes her songs poignant and truthful. It’ll have you tearing up as you clutch the last remaining toilet paper roll.

Middle Kids is an alternative rock three-piece fronted by kickass female singer Hannah Joy and her stunning vocals. Middle Kids have been keeping busy performing live social media concerts. Their songs Edge of Town, Fire in Your Eyes and Doing It Right have such poetic lyrics sung in such a heartfelt way by Hannah.

Her music oozes personality and her Aussie accent is part of her musical charm. Her quirky lyrics like “You wear me out like you wear that southern cross tattoo” juxtaposes the absolutely heart-breaking lines such as ‘You invaded her magnificence’. Stella Donnelly has a brilliant voice but is more interested in telling stories and, if I’m being entirely honest, it makes her music that much more likeable. Stella was born in Wales but has lived in Australia most of her life and wears her Australian accent like a Southern Cross tattoo (see what I did there).

Known for her masterful songs Better in Blak and I’m Not Angry Anymore, Thelma Plum is one Australia’s best 21st century artist. Her entire discography is so beautifully diverse and each song is paired with visually spectacular music videos. I can’t recommend her songs Homecoming Queen, Don’t Let a Good Girl Down and Ugly enough although it was hard to pick because they are all magnificent.

Her song Life Goes On is probably her most well-known but E^st is still Australia’s underrated techno-pop princess. Her music is the perfect pick me up to get you dancing around the house. I love her songs Fresh out of Love, I Don’t Lack Imagination and Maybe it’s Me. Better yet if you like her music she has a new album releasing this year of even more electronica goodness.

The Artists I Wish Were Aussies

Now onto the artists that don’t reside in Australia but I wish did (please, please come tour here).

One of my favourites on this list is American punk rocker Lydia Night, the energetic frontwoman of the group The Regrettes. She isn’t afraid to shout out loud her opinions and their style, although primarily punk rock, is some parts 60s doo-wop and surf rock. I could probably list off their entire discography but their stand out songs are I Dare You, I Don’t Like You, Come Through, Pumpkin and the easy listening Hey Now.

This talented New Zealand pop singer-songwriter has released many songs you’ve probably heard playing in your local shops but just can’t put the name to. Her music is everywhere and rightfully so with tunes like Soaked, Find an Island, Glitter and Evil Spider. Benee’s music makes you dance your silliest and you’ll know the catchy lyrics after one listen. Underrated Benee song Wishful Thinking and 2020 release Supalonely are super fun.

With a such a powerfully angelic voice Brittany Howard’s soulful music sounds like it came straight out of the 60s or 70s. Brittany Howard has a way of singing that is so emotive and yet it seems almost effortless. Her funky songs History Repeats and Run to Me are so unique.

Michelle Zauner is making waves with her soft and eerie music under the project name Japanese Breakfast. Michelle’s calming voice in songs like Boyish and Road Head will have you feeling like you’re in a dream. They are the perfect tunes to daydream to or listen to whilst studying.

Donning a vintage look, Hailey Reinhart sings songs like she’s stepped out of a time machine. The range of her music is amazing. Please give Baby It’s you and Honey, There’s the Door a listen. You may have seen her performing on YouTube’s Postmodern Jukebox but Hailey’s own music is lo-fi, soul perfection.

Jessie Taggart is a Queensland creative and when she isn’t writing can be found with a camera in front of her eye. She is an avid lover of all things 80s, theatre and thrillers. You’ll can find her any day of the week listening to retro music and eating Mexican food. 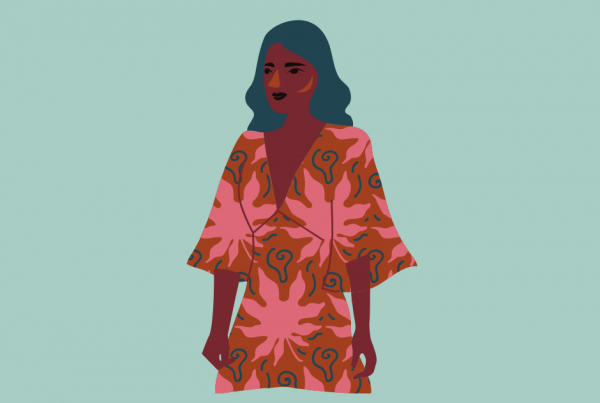 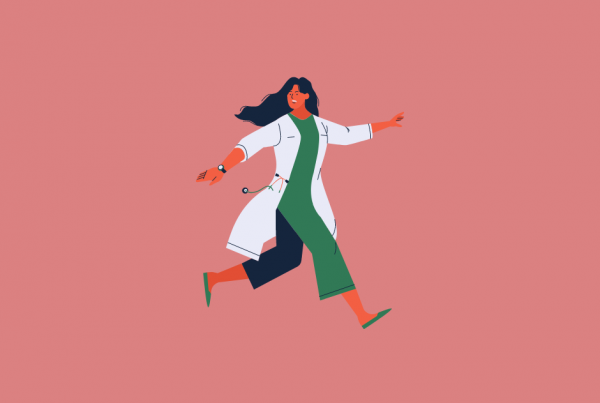