QUT Guild Council had its first meeting for 2019 on Monday which saw the passing of motions covering a range of topics, most notably the official endorsement of the next School Strike 4 Climate protest happening on the 15th of March.

Below is a summary of each motion and policy enacted, with links to relevant documentation. Find the minutes here.

Glass would like to remind students they are welcome to attend council meetings, and if they have any questions regarding this mountain of jargon, please contact us via email (media@qutguild.com), Facebook, or pop in to our offices at Kelvin Grove on level 2 of C block.

“There has been a history of QUT Guild council agendas, meetings, regulations and internal policy not being publicly available for students to access.”

This motion begins with what is effectively a call-out of the previous administrations, and while it is brief, it hammers criticism on the 2018 EPIC executive.

“The Guild censures the immediate previous executive of the Guild for deleting files from the server in an unrecoverable manner, with the apparent intention of providing difficulty and instability to the organisation moving forward.”

Council also notes that minutes may not have even been recorded in some previous meetings.

The final point of action was to create a QUT Guild Noticeboard Facebook page to publicise Guild activity and documentation.

After reading this, President Vinnie Batten added “including notice of election,” likely referring to the previous EPIC administration’s attempt to take advantage of the weak regulations regarding election announcement, which was later condemned by an independent tribunal as “not fair nor democratic.”

Two 2018 EPIC executives were present for the meeting, neither they nor EPIC affiliated students present spoke against this motion.

This motion enforces stricter oversight on executives and the completion of allocated work, and raises the pay to minimum wage.

The Guild executive receive a wage for their work, and each role or portfolio is allocated a certain number of hours for the term of administration, which is one year.

Currently, the wage is paid in honorarium, which means there are no checks on the executives for how much work they do. The current wage is also below minimum wage.

“It is a belief of myself and the executive that in honorarium is not an appropriate use of student money.” – Treasurer Lewis Holmes

At the end of a term, an executive may have clocked all but 100 of their allocated hours, due to, for example, a brief holiday. This executive member is therefore allowed to clock those last 100 hours even if they are not completing work during that time, because they are entitled to the pay.

Previous executives have neared the end of their term hundreds of hours below the allocated amount. They have then clocked extremely long days, some 4am-11pm, sometimes lasting for weeks at a time with no days off, to make up for wages they haven’t yet received.

The current system allows this to happen, and nothing is stopping the executives from clocking hours without working, other than the discretion of other executives.

“To be clear, given the in honorarium system, that is perfectly valid. I personally wouldn’t do it, but that doesn’t mean that they didn’t have every right to, given the classification of their employment.” – Treasurer Lewis Holmes

This motion enforces checks on an executive’s work and will spend less money on wages, according to budget predictions, as work will be more efficient.

The QUT Guild officially endorses the School Strike 4 Climate, and will promote their March 15 event.

The National Union of Students officially endorses School Strike 4 Climate and university students have been invited to their next strike on the 15th of March. This comes after the success of last November’s student marches across the country.

This has led to the creation of a university student contingent of the organisation, as well as specific events around the country for different uni’s. Find the QUT one here.

Since the announcement of this endorsement was posted to the Glass Facebook page, two students raised concerns about their Guild supporting the strike.

“Get on with the job of providing services for students rather then (sic) engaging in fringe political issues which only serves to divide students,” Patrick Riches commented.

President Vinnie Batten pointed out that despite there being EPIC affiliated councillors and students present at the council meeting, no one attempted to speak against the motion, and it passed unanimously.

Glass and the QUT Guild strongly encourage all students to participate in the march. Be on the lookout for further promotion of the event.

Executive Member Dismissal
The Council voted to dismiss a member of the QUT Guild, the identity of whom is being withheld to protect the privacy of the individual. The minutes state that students still have the right to see this motion upon request, and can contact the Secretary (secretary@qutguild.com) to do so.

Code of Conduct & Social Media Policy
These two policies were voted in as a result of actions by the dismissed member, which revealed a lack of rules regarding social media conduct. The minutes stress that “no one is being retrospectively tried by these policies.” 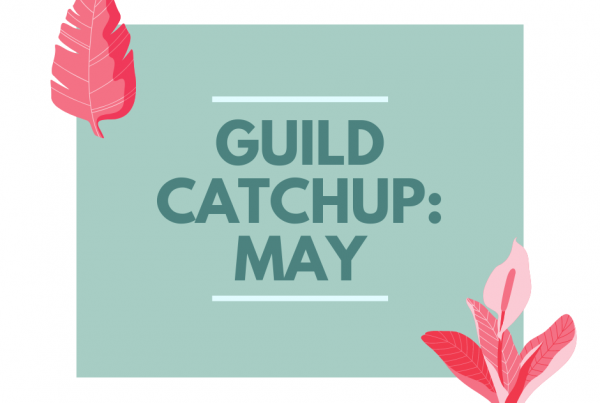 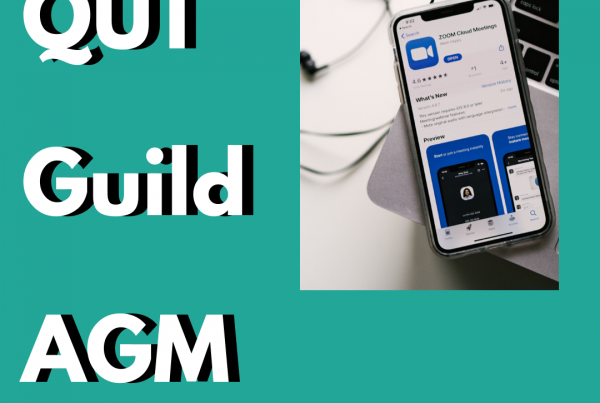 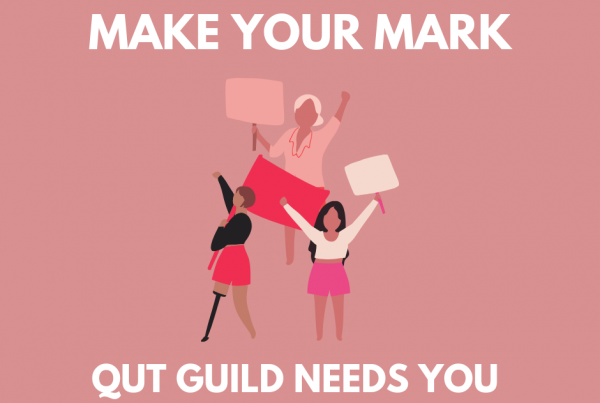