And Me As Well- Lucy Czerwinski

Where Do Feminism and MeToo Intersect?

Eurovision was held in Tel Aviv, Israel this year. The winning song which brought the contest to Israel was called “I’m Not Your Toy” sung by Netta, an Israeli. That, in itself, is almost as controversial as Australia’s relentless crashing of a party we keep accepting our pity invitation to. The unrelenting Israel – Palestine conflict has inevitably caused unrest which prompted a boycott movement. Netta was also railed with criticism for the seemingly needless cultural appropriation with the use of Japanese imagery. She also made some chicken noises which happened to weird everyone out a bit.

But the element of the Eurovision winner’s performance that didn’t seem to worry anyone was the lyrical content. It was essentially an inoffensive “Fuck you” to male privilege and entitlement. But what bothered me was the media which labelled the song as a MeToo anthem. And so, I pose the question, when did the word feminism get replaced with the term MeToo? And when did feminism go a bit… wrong?

I’ve found myself questioning the effectiveness of the feminist movement in recent months with the emergence of the #MeToo movement which has received an unbelievable level of media attention. There has been a fair bit of discussion about the kind of harassment mostly women receive. But largely this media attention has taken the form of crusty Sky News presenters whinging about how you can’t make jokes anymore and, “what’s wrong with a bit of harmless workplace flirting?”. Read: harassment.

Personally, I feel disappointed in this fizzer of a movement and I firmly believe MeToo has a long way to go still. I need to make it very clear that I am not anti-woman and am certainly not anti-feminist. I am a very proud user of the infamous “F-word” since my father explained to me what it meant when I was seven after I asked why there were no women playing sport on the telly. He explained the concept of sexism and in response I boycotted Nutrigrain for marketing itself as “iron man food”, whatever the fuck that means. But modern feminism in the media has manifested as a tokenistic movement which serves only to empower the most privileged women in society to speak out. And while this is the case, I don’t think #MeToo is necessarily the lifeline which will break the glass ceiling once and for all.

The #MeToo movement was conceived by Tarana Burke and repropagated by actor, Alyssa Milano focussing specifically on sexual violence and harassment. Organisations have raised enormous amounts of money in support of survivors. And whilst I recognise the importance of support efforts, I take issue with the way in which the movement was, and still is, presented as the Pangea of intersectional feminist theory providing relief from inequality in all its many forms. The movement has emphasised the importance of women feeling safe enough to share their experiences and to send an unmistakable message about the prevalence of abuse. Yet no tangible steps have been taken to ensure that women without the privilege of being a Hollywood actor will not suffer the consequences of outing an abuser. Working class women risk far more than unfavourable Twitter reception if they decide to speak out.

In what world does wearing a black dress – an extremely unremarkable colour for a formal gown – constitute a subversive action in the name of gender equality. Women have been dealing with workplace harassment for as long as we’ve been allowed in one. Many employers are taking a tougher stance on workplace discrimination and providing employees with a greater number of resources. But that doesn’t mean everything is okay. In the last month, I have been called a “bitch”, been inappropriately touched and been trapped in a horrible conversation about camel toes. All from senior, male managers. Not okay.

And after we’d been bombarded during every news bulletin on MeToo, suddenly #TimesUp was a thing. This was less a social movement and more a charitable fund. Helen Razer recently wrote that we need to be shifting the onus away from our Twitter feeds and onto institutions with real power. We should be seeking support in our employers and in our unions. This is often an employees’ first port of call for workplace grievances. Very rarely is an issue taken directly to a solicitor funded by a charity. Sex workers in Queensland do not even have the right to basic safety. Sex workers do not have the liberty to say “MeToo”.

MeToo is laden with an inherent level of privilege that flies in the face of the kind of feminism for which we’ve been striving. I can afford to say “MeToo” as a white, educated, middle class woman, but could a WOC, single mother? The waves of feminism have each come with a whole host of fundamental issues, mostly campaigning for the rights of some women at the neglect of others. While we neglect the concept of collective action, we excuse systematic inequality.

In light of the recent success of Bri Lee’s Eggshell Skull, I am extremely uncomfortable with intrusting problems of systematic injustice in an institution so plagued by sexism and the undermining of female experience. In Queensland, it is still an acceptable defence to rape – to claim the defendant had reason to incorrectly interpret consent. Not to mention the difficulty women have in achieving promotions in the legal field and the glaring lack of female representation as judges in Australian courts.

While non-binary, trans and non-identifying individuals continue to be left out of the conversation, MeToo is futile. While women of colour aren’t represented, MeToo is futile. While the movement is plagued by internalised misogyny, MeToo fails women. We’ve just lost our right to choose in the United States and we’re at the risk of losing so much more. MeToo isn’t uniting us and I don’t know what the answer is. But I do know that we have a fight ahead of us that would be deeply shameful if we lost. 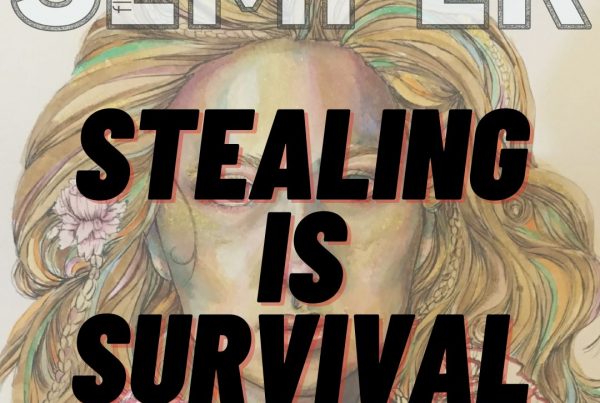