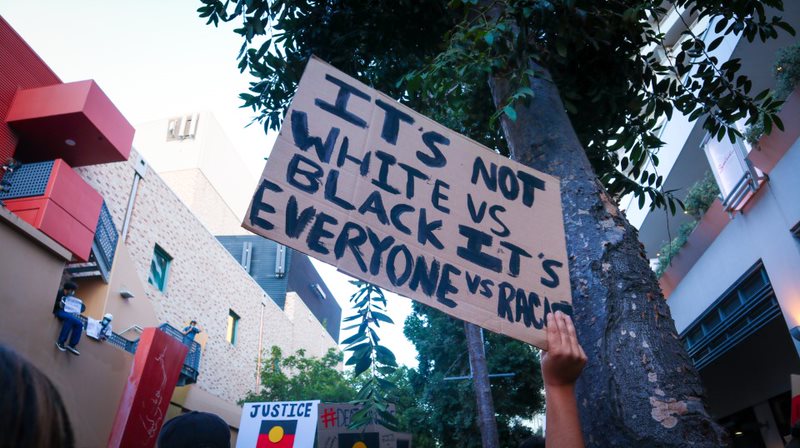 Two weeks ago, 30,000 Brisbane residents donned masks and protest signs and took to the streets of the CBD. According to protest history, this is one of the biggest protests the city has seen since 2003’s protest against the invasion of Iraq. Despite a global pandemic, the streets were filled with people, calling for justice in light of the US murder of George Floyd. The past month has been one of the most pervasive civil rights movements many of us have ever seen, under the toughest of circumstances with the risk of COVID-19 an ever-present danger. Thankfully, at the time of posting we have completed one full incubation cycle for Coronavirus and no spike has occurred in the wake of the protest. We have these photos to share from QUT Guild Secretary, Cameron Mackie, who attended. 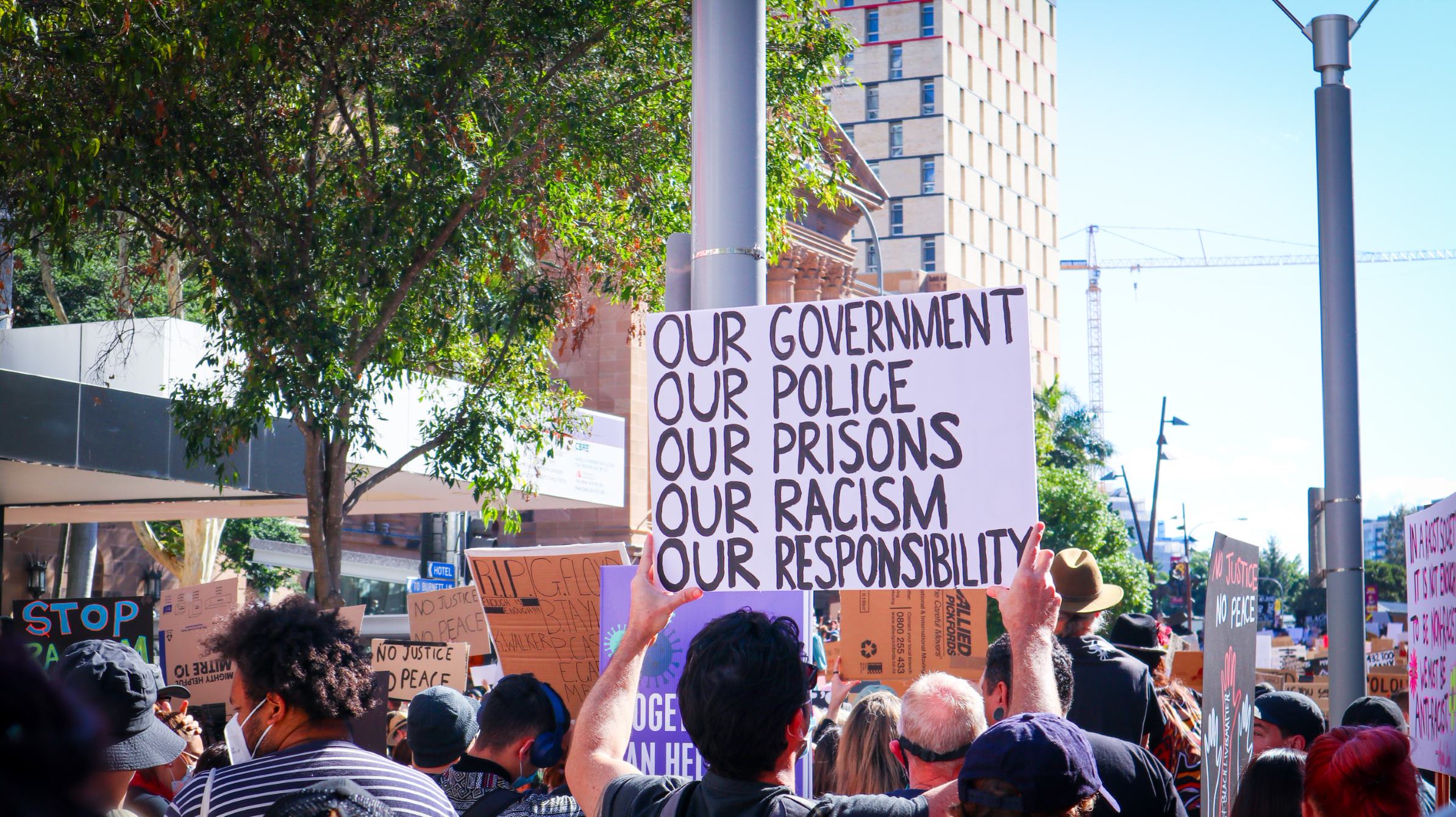 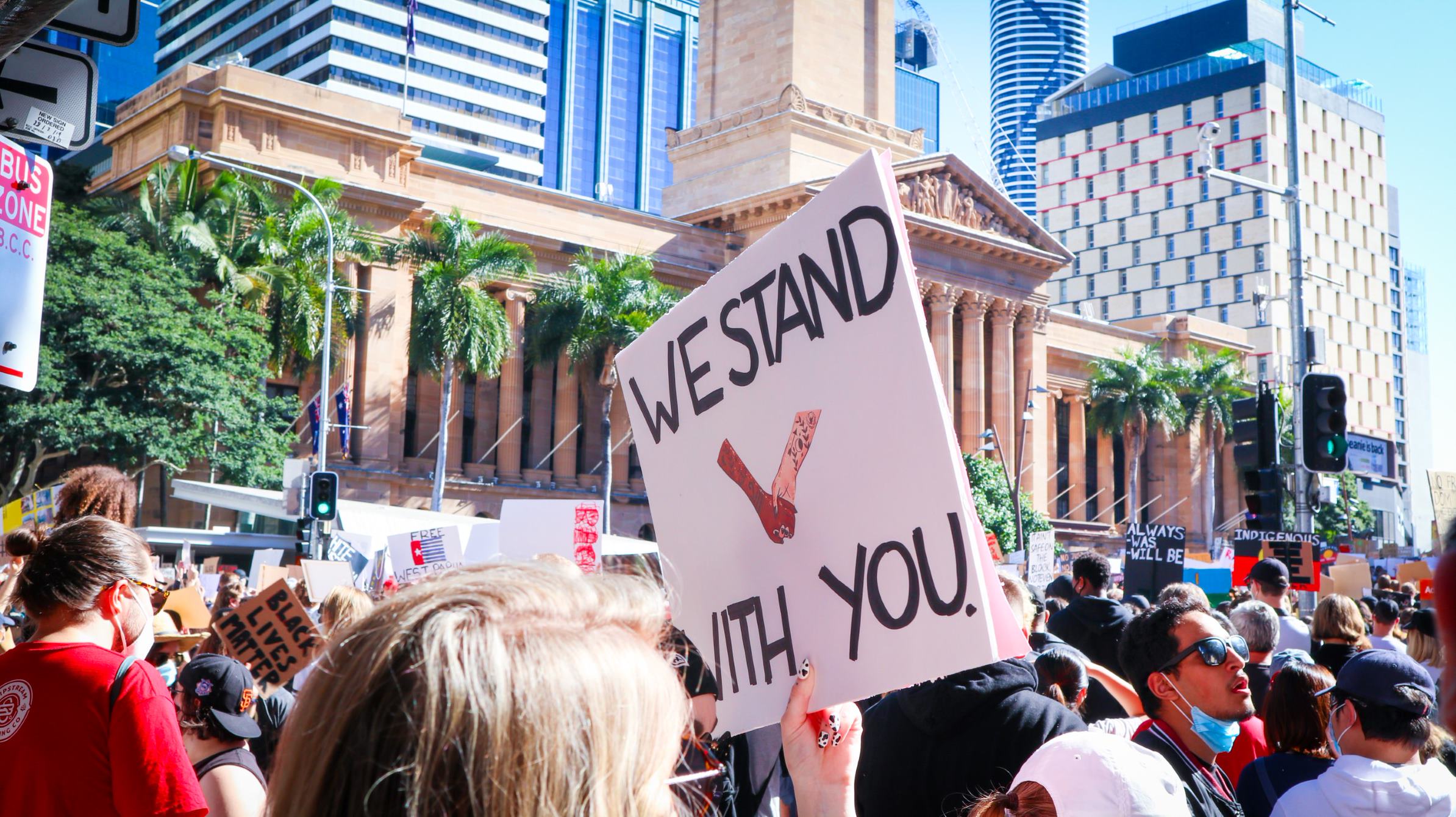 Glass has, and always will work to bring light to issues that First Nations peoples are facing. We also work to support people of colour, and pledge our support as the 2020 Editors behind the Black Lives Matter movement. At Glass, we work in partnership with the QUT Guild First Nations portfolio, led by Jennifer Barnaby. We use this platform to advocate for the rights of First Nations students at QUT and in the surrounding Brisbane community, and are always ready to offer our site to First Nations students to amplify their voices. Stay tuned for an interview highlighting Jennifer’s first moths in the Guild later in the week. 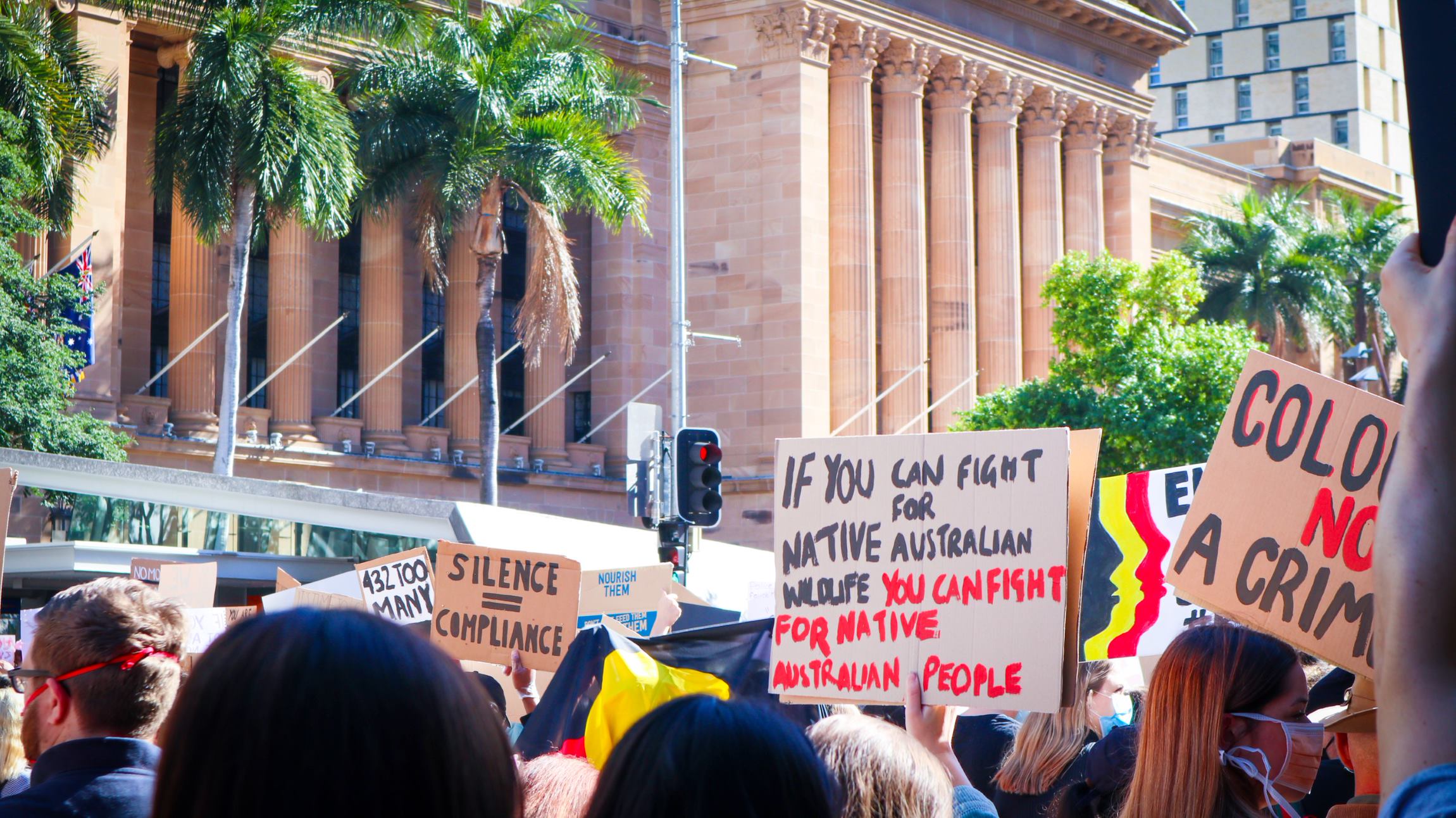 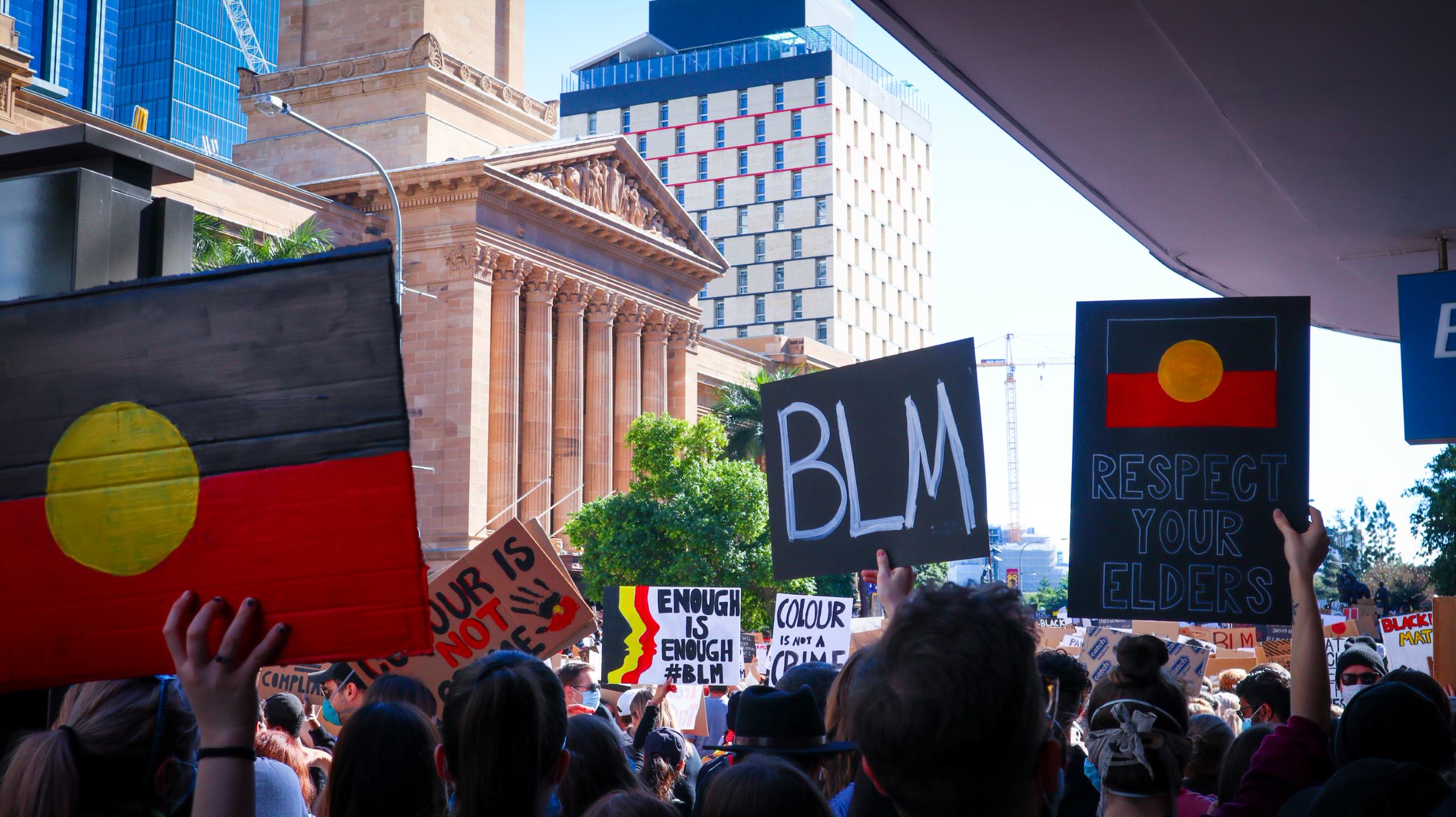 Your feed has been inevitably saturated with content advocating for the rights of First Nations Peoples and people of colour more widely. In recent days, you may also have seen your feed go back to “normal.” Now is the time to sustain energy, to continue speaking to the issue. Within a fortnight of this protest occurring, a second march was held to protest Indigenous deaths in custody. The first protest was notably absent of excessive police force, however, the second and smaller protest was met with many more QPS bodies to control a smaller crowd. Local band, Cub Sport, was in attendance on that Wednesday, and we have provided their photos and commentary below as no QUT Guild representatives were present at this protest.

The Stop Black Deaths in Custody protest in Meanjin/Brisbane today was incredibly harrowing – we were further enlightened on the struggles black people face in Australia and witnessed the arrest of Aboriginal rights protester Coco Wharton who was simply asking police for justice in regards to the abuse his daughter faced at the hands of police, along with the hundreds of others who have been abused/killed in police custody. I really urge everyone to attend these protests happening in support of BLM and freeing refugees. Social media is saturated with stories and resources (which is great) but with so much to read/watch it can be really overwhelming and sometimes hard to take in. Attending these protests and listening to the stories direct from the mouths of those who are suffering is really important. Their experiences are heart-breaking and painful to hear but we can’t ignore what’s happening; murder (with no consequences for the murderers) and modern-day slavery – all by the hand of systemic racism. We owe our ears to listen, we owe our voices to amplifying theirs, we owe our bodies to stand in solidarity until theirs are safe. Let’s keep this energy up, keep learning, keep speaking out until the systems are no longer broken. The great news is that, as a result from today’s demonstration, government officials have agreed to a meeting with the Stop Black Deaths in Custody committee. These protests affect change!! ❤️ PS. Notice that nearly all protesters have a mask on but not a single police officer does 🙄 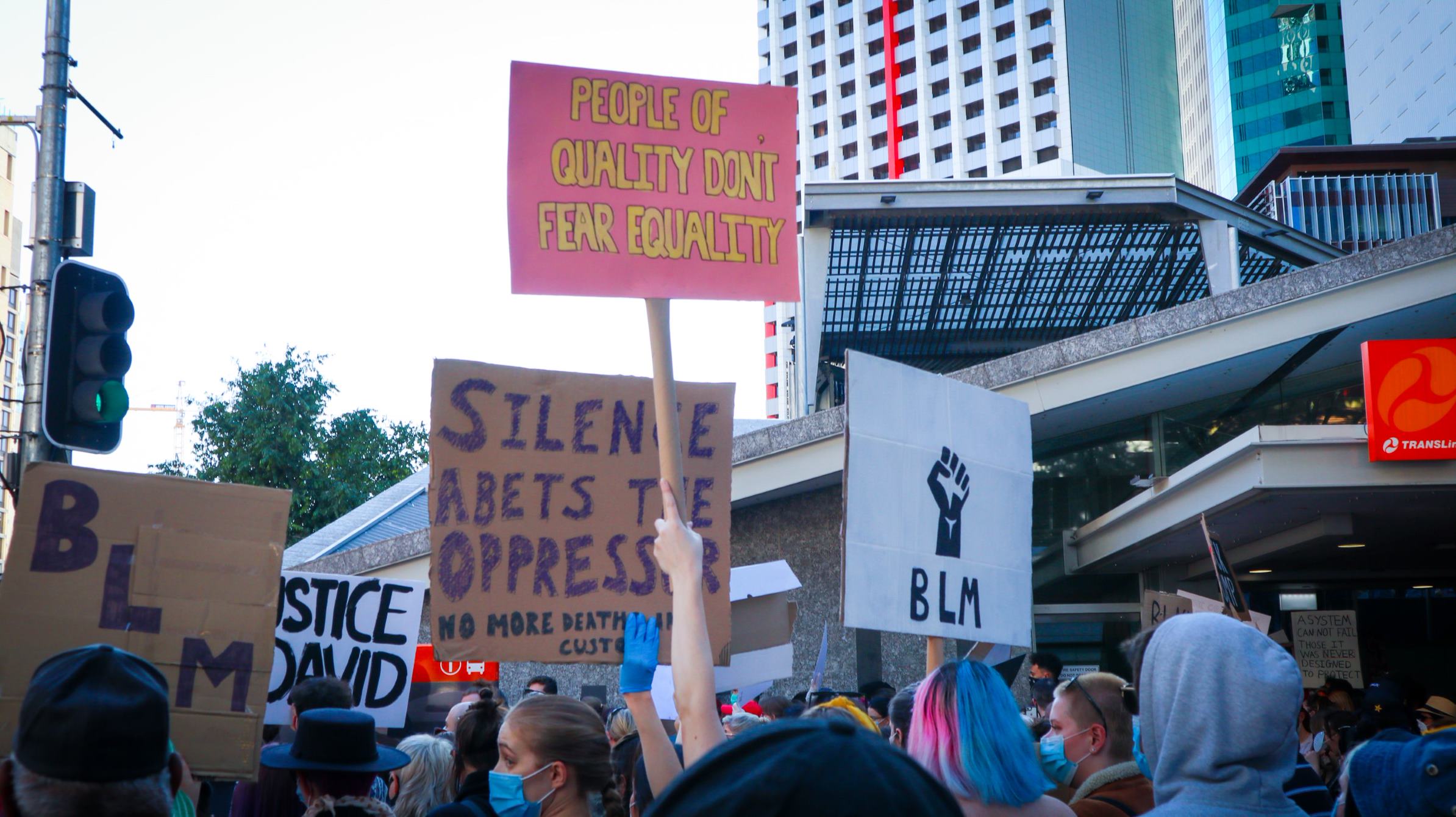 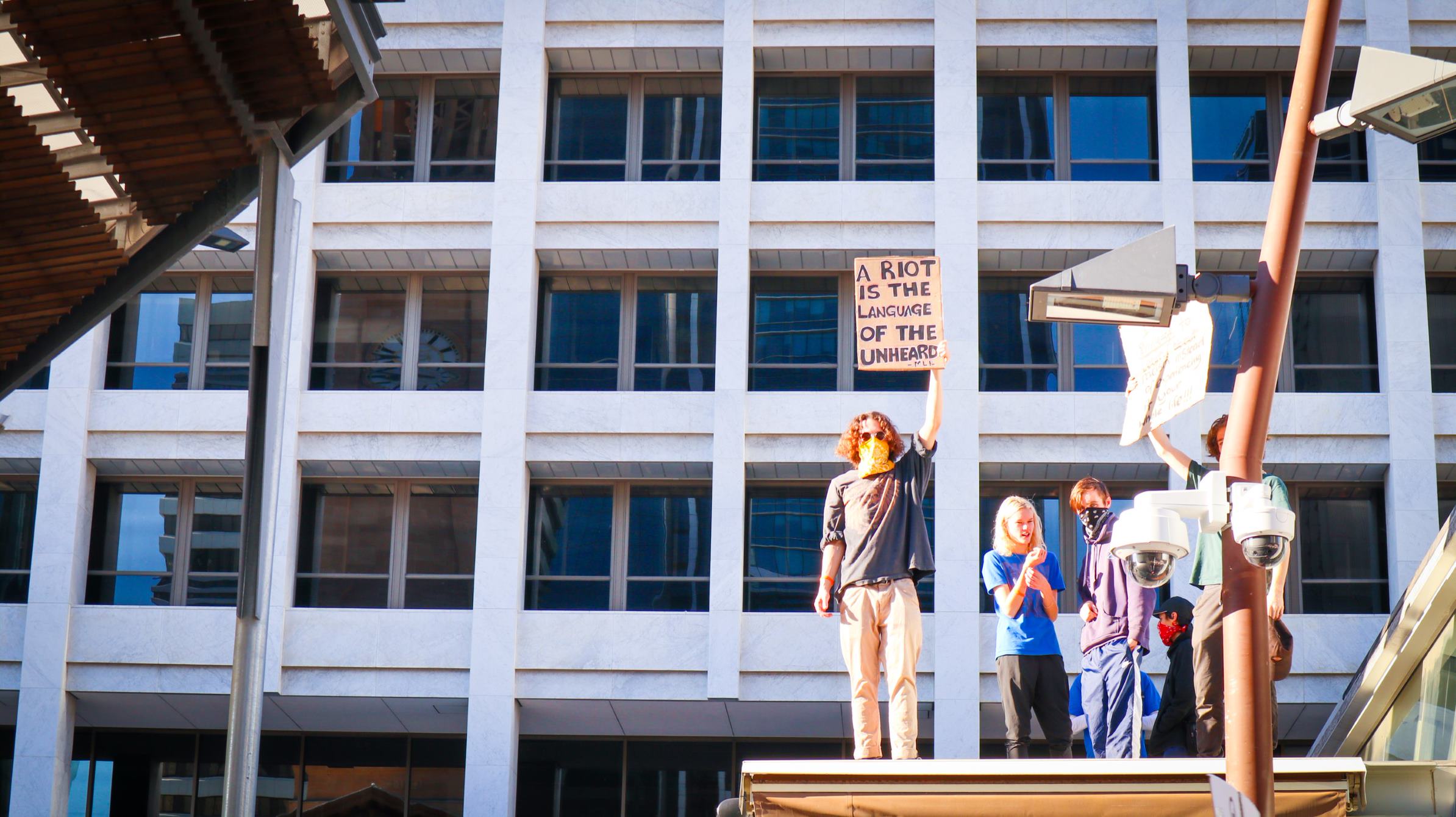 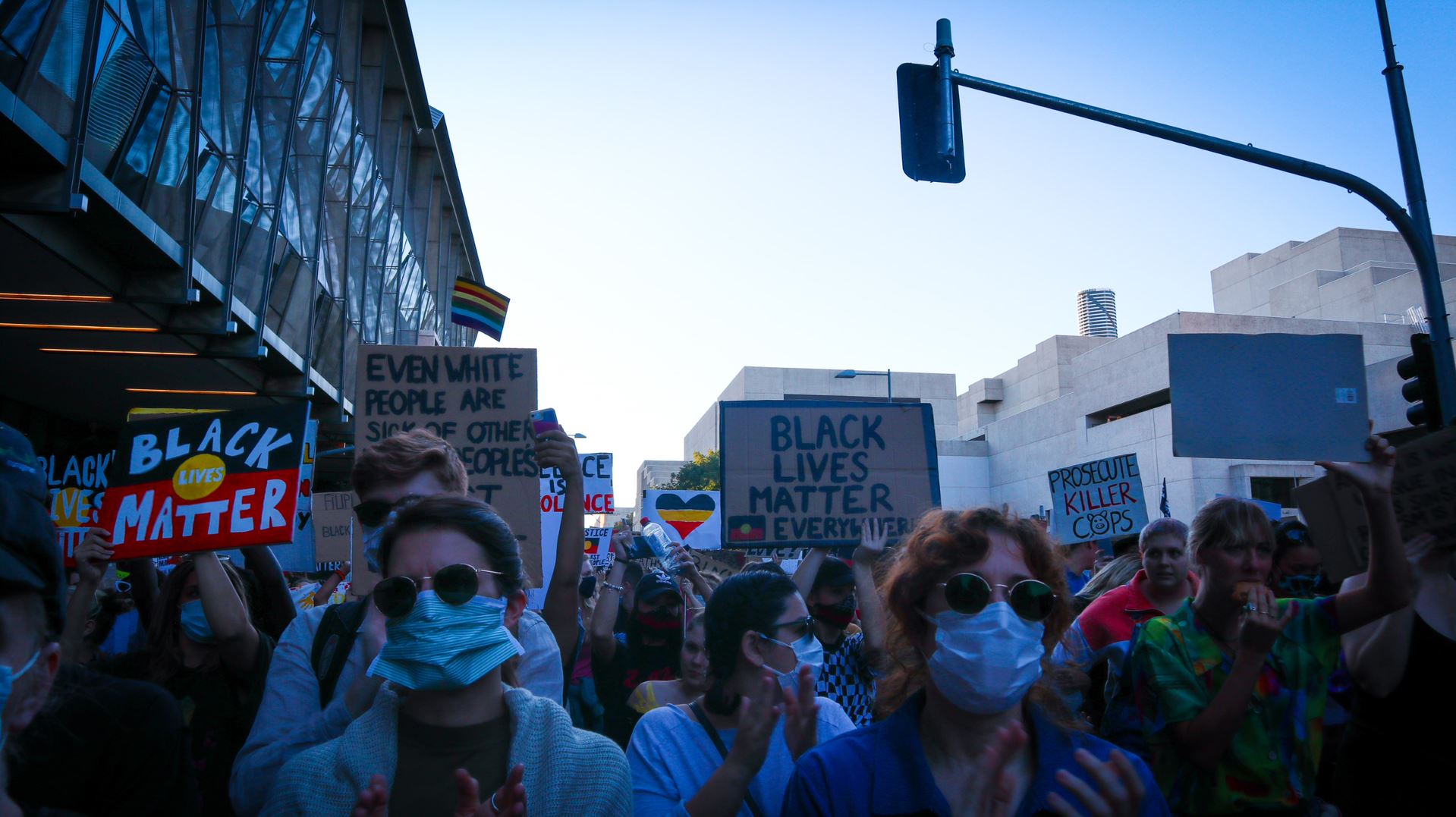 I walked with members from the QUT Guild and my household. The hours were filled with speeches from Brisbane’s First Nations activists, detailing their experiences of racism and discrimination. The protest occurred the week following National Reconciliation Week and it was clear, on that Saturday afternoon, just how much work we have left to do. At many points, I found myself crying beneath my mask and sunglasses. As a white woman, I recognise that the emotion I feel at hearing about injustice is nothing in comparison with the pain First Nations communities experience daily. It was a privilege to listen to their experiences, to hear their perspectives. I implore you to look up the speeches of organisers such as Anyang Deng, a woman of colour, and members of WAR (Warriors of Aboriginal Resistance). Their words ring and ring and ring. 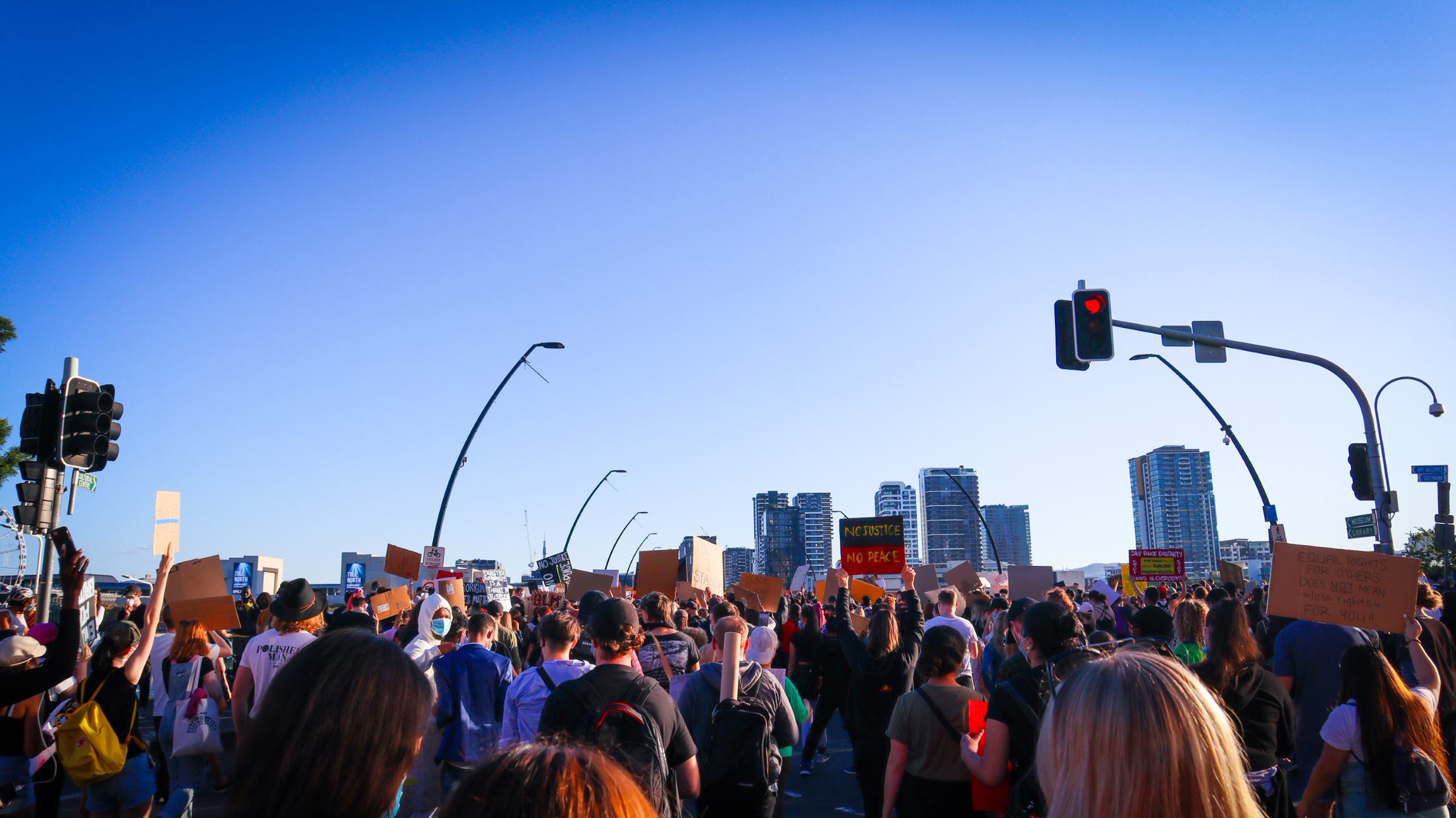 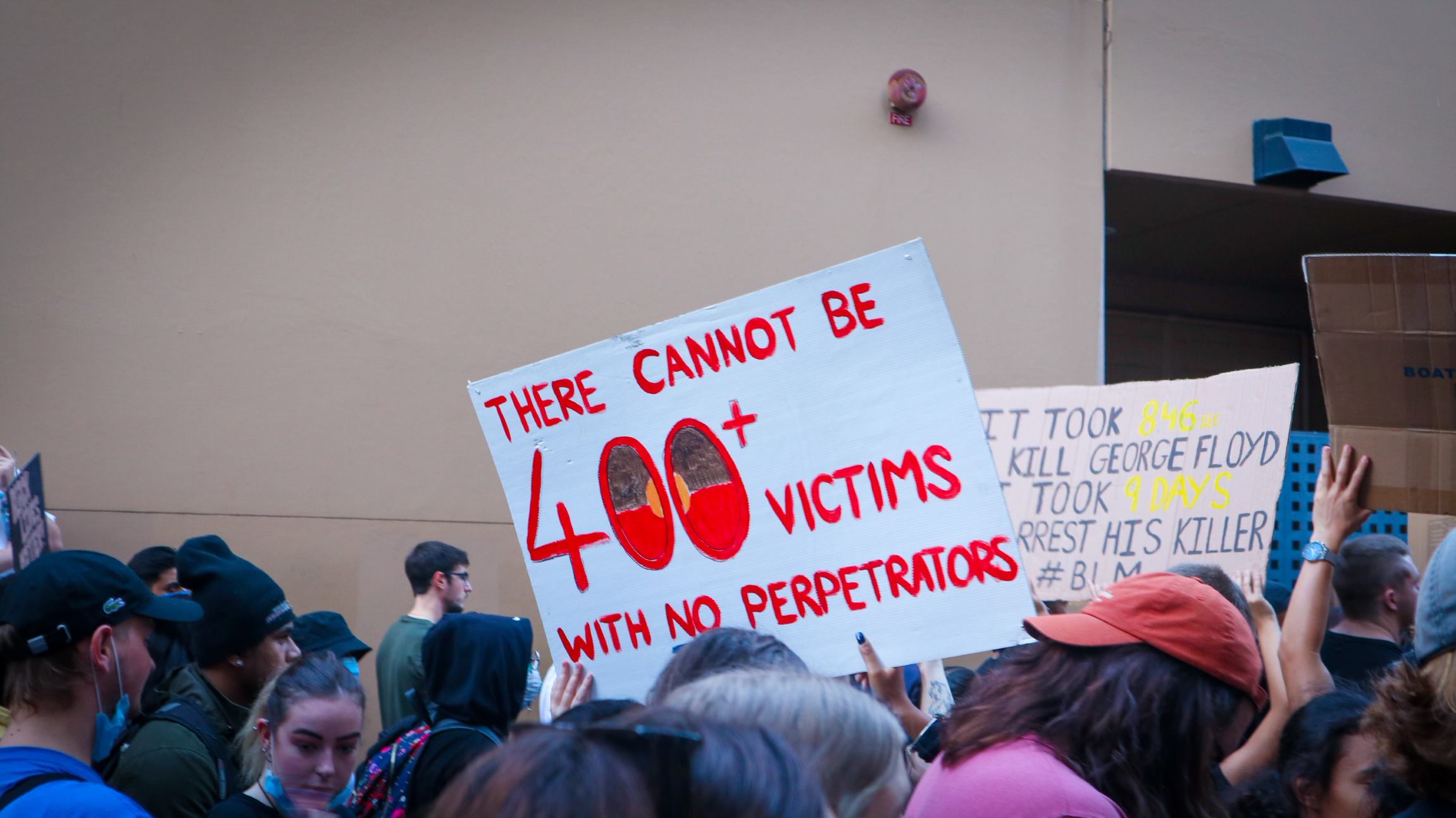 Brisbane’s protest was safe and peaceful and powerful. Other states were not as lucky, with Sydney’s protest resulting in protesters being pepper sprayed as they attempted to leave the station. The images of police retaliating to nonviolent action are a reminder of why we marched in the first place. In other states, there were wins, such as WA’s Sisters Inside Campaign finally achieving it’s goal.

We at Glass implore you to continue listening and learning, and looking for opportunities to deepen your understanding of racism and how we combat it as often as you can. To our First Nations and People of Colour reading, we are here for you and our space exists to help you voice your concerns. You matter, and your life is precious. We, both the Glass and the QUT Guild are always here for you and will fight for your rights as much as we can, as often as we can and as loud as we can. 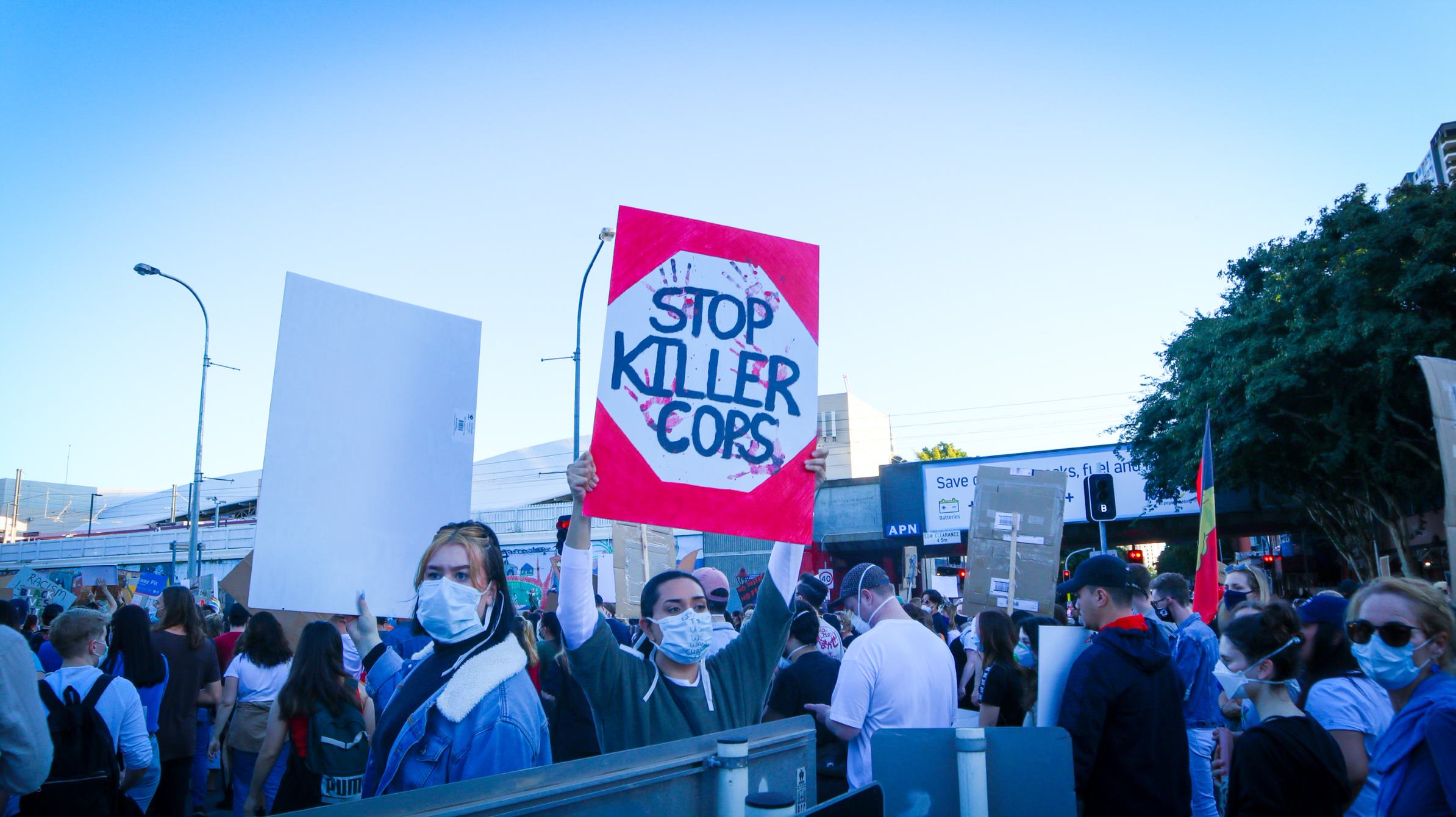 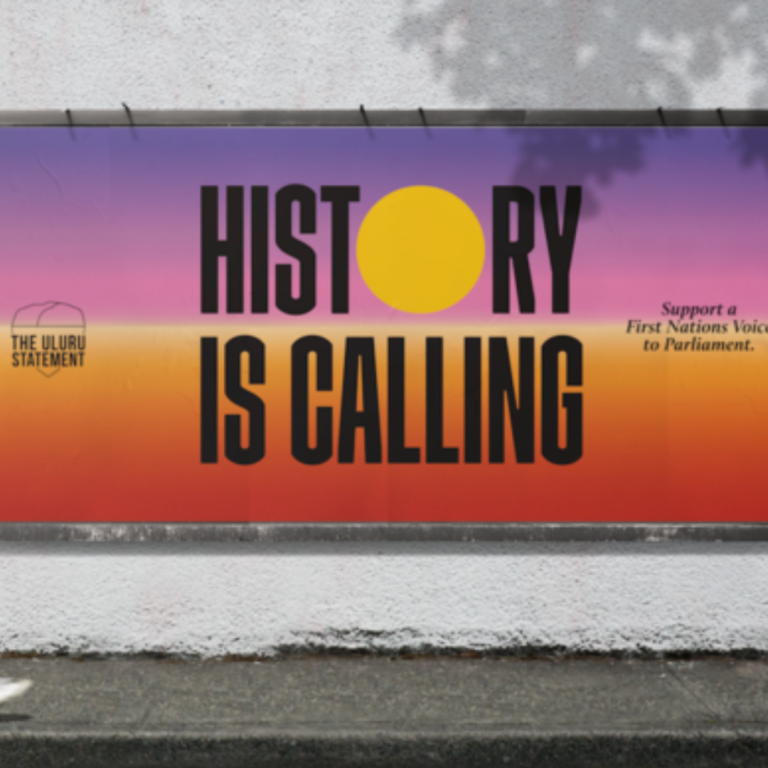 NAIDOC Week: An ode to QUT 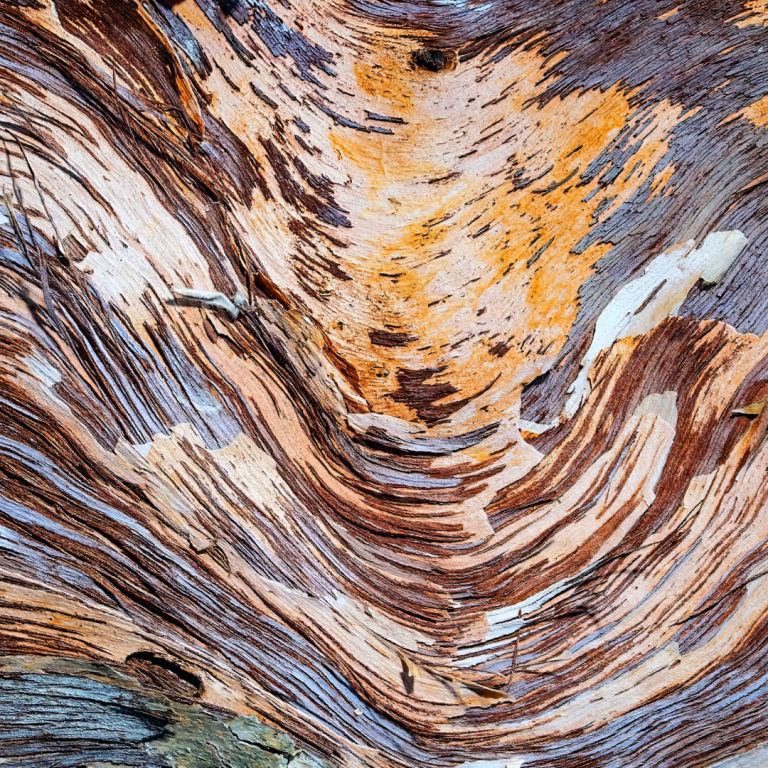